Today, the Duke and Duchess of Sussex joined Her Majesty the Queen for the Queen’s Young Leader Awards at Buckingham Palace. 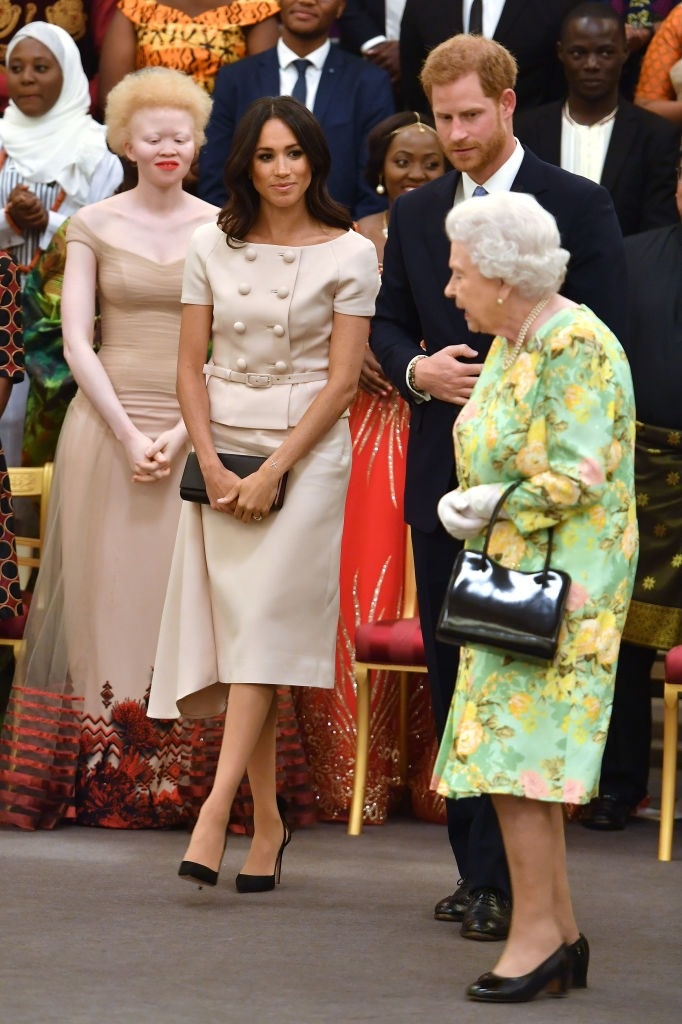 Buckingham Palace shares that …”the Queen’s Leaders Programme was launched in 2014 in honour of the Queen’s service to the Commonwealth – a global network of 53 countries and 2.4 billion people, of whom 60% are under 30 years old.” 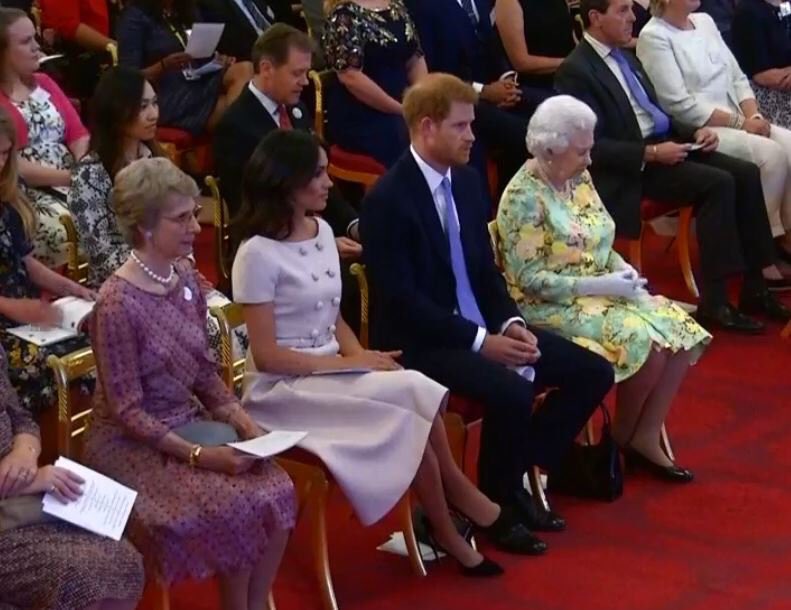 Meghan and Harry were on hand to assist Her Majesty with the handing out of Awards, mingling with guests and learning about the exciting initiatives that they have underway. Meghan and the Queen both looked on with pride as Harry presented, which was a cute moment to watch! 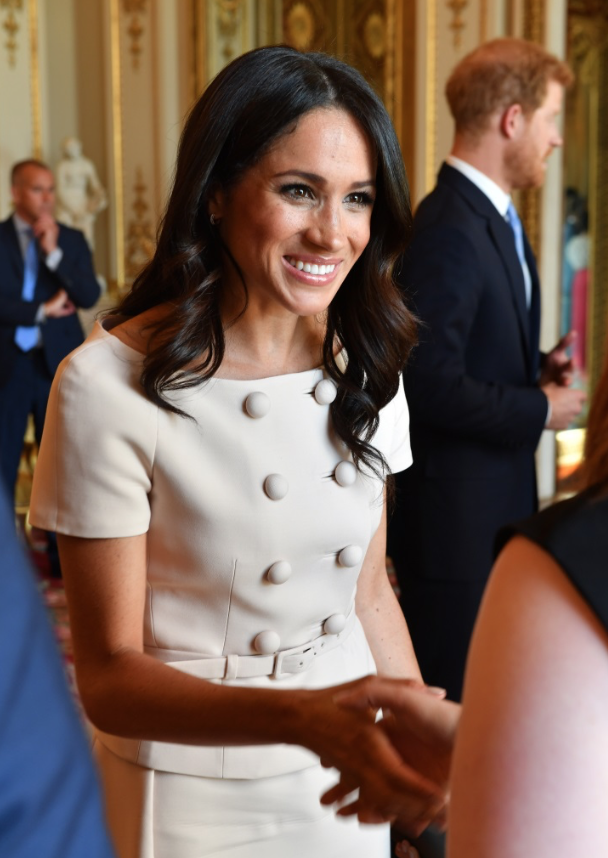 In a neckline that has become almost a signature for Meghan – the boatneck – and her second outfit with buttons like this, many were left blown away by Meghan’s natural beauty, but puzzling as to the choice of look – specifically how her style has deviated from her “pre-marriage” look. We think that part of the reason for a deviation ties to the fact that all the engagements she has been on have been with senior members of the Royal Family. Meghan is trying to figure out her new role, new style and blending it with her fabulous self. We’re still hopeful that we’ll see the “Meghan Markle” we all know and love step back out in some of her solo/couple engagement looks – like on the upcoming visit to Northern Ireland – and as she finds her confidence, we’ll see it permeate into all engagements of her new royal life. 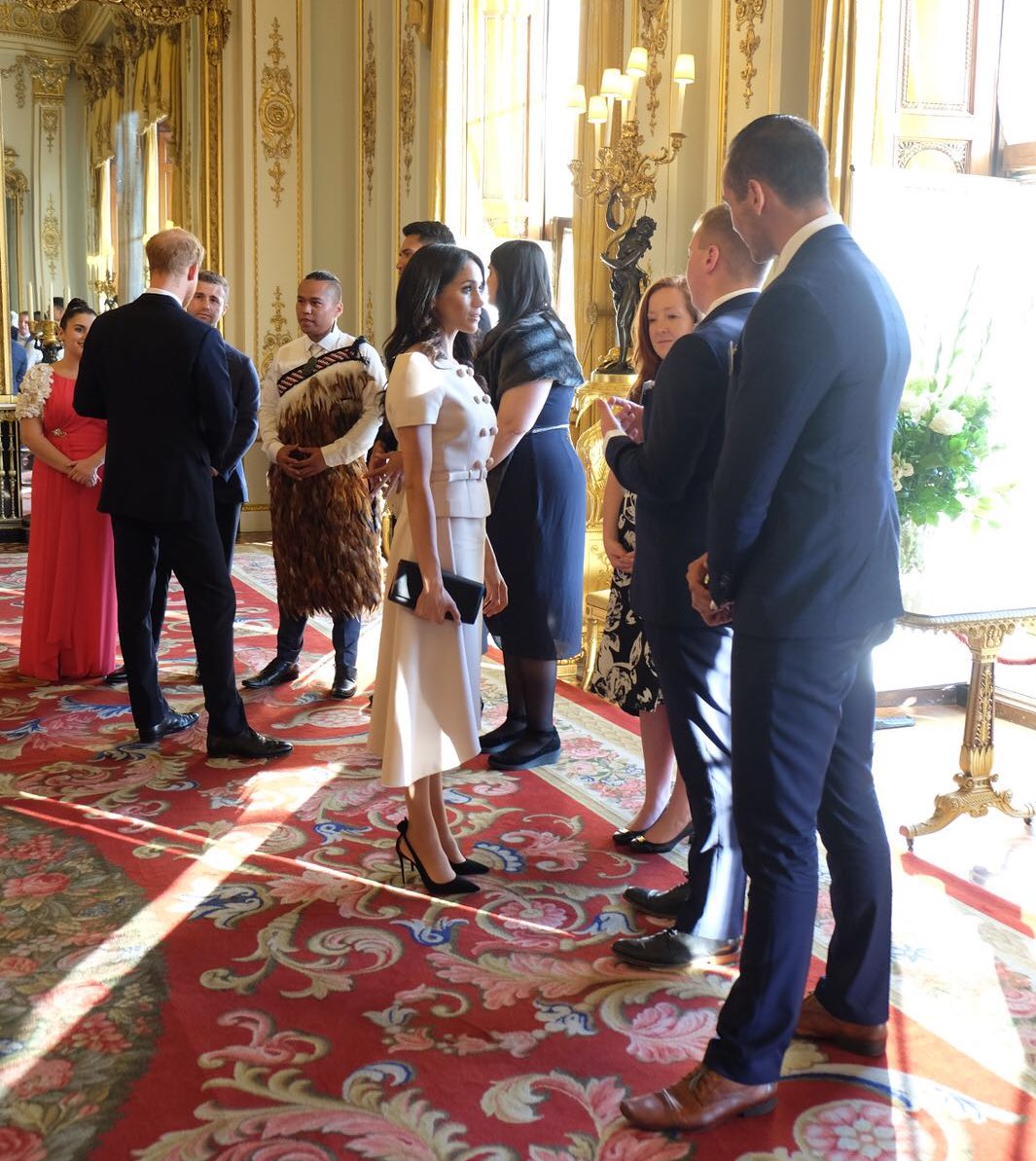 Meghan & Harry Join The Queen for the Queen’s Leader Awards 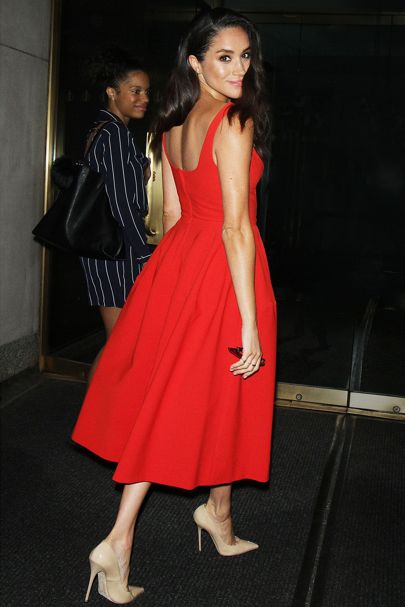 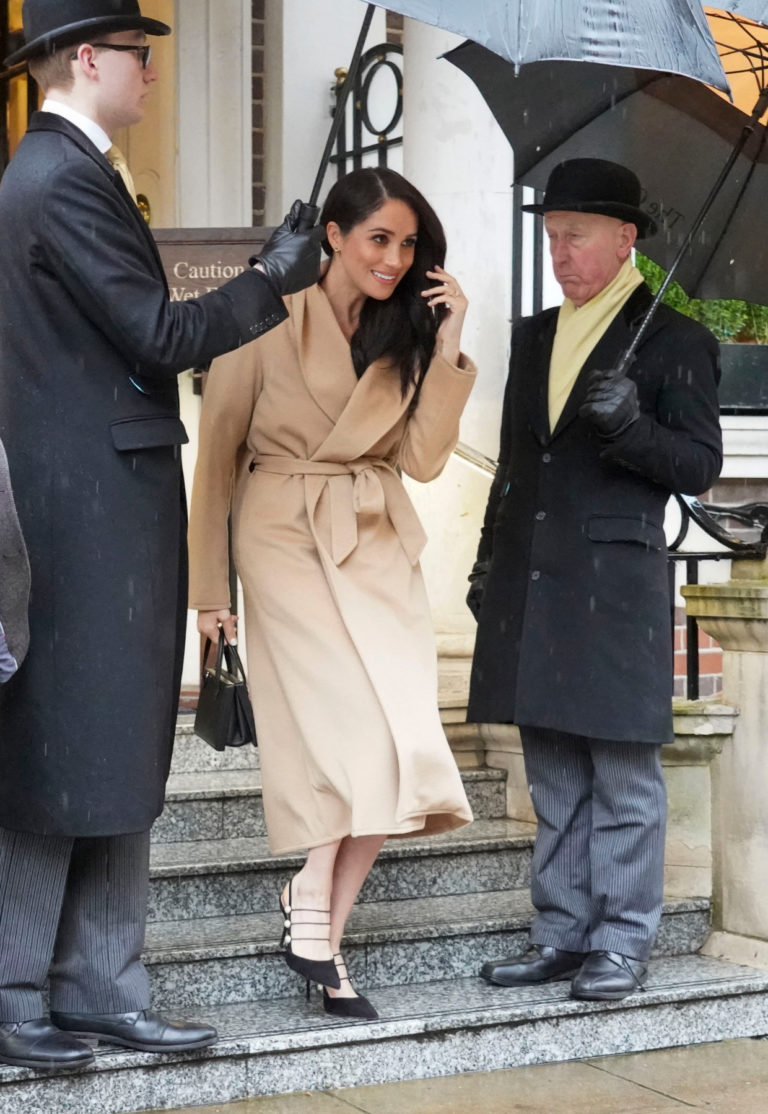