After months of speculation, weeks of “it has to be so-and-so”, we got the answers we were looking for this morning when Meghan Markle stepped out of her car and showed the world the dress we’ve all been waiting to see. And wow. 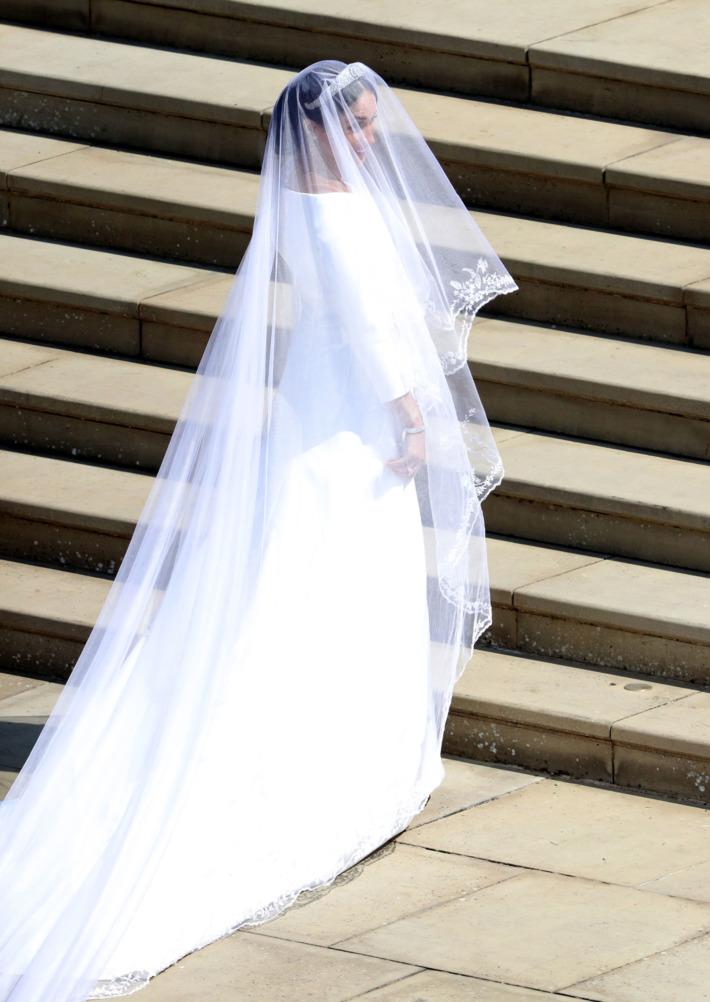 We were as surprised as anyone to see Meghan step out of the car in a dress by British designer for a French fashion house, Clare Waight Keller for Givenchy, but the cut and lines of the dress were exactly what we expected to see from Meghan. 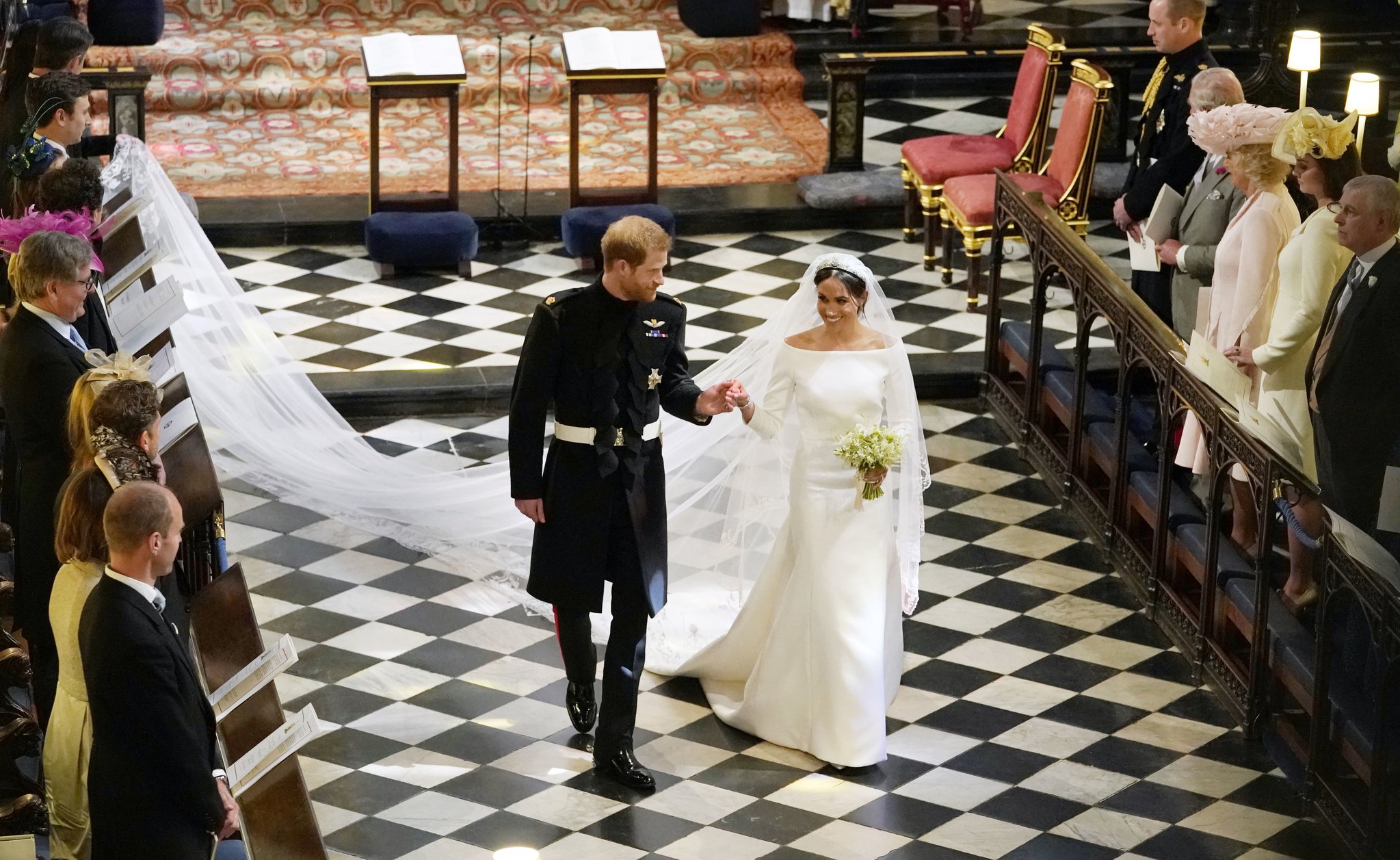 Givenchy was nowhere near the top of anyone’s selections and definitely not anything that we had considered. What we can say is that looking back on the selection now, it makes perfect sense for Meghan, who has always had a fondness for French fashion and style.

Here is what was included in Kensington Palace’s Press Release about the dress:

Ms. Meghan Markle’s wedding dress has been designed by the acclaimed British designer, Clare Waight Keller. Ms. Waight Keller last year became the first female Artistic Director at the historic French fashion house Givenchy. After meeting Ms. Waight Keller in early 2018, Ms. Markle chose to work with her for her timeless and elegant aesthetic, impeccable tailoring, and relaxed demeanour. Ms. Markle also wanted to highlight the success of a leading British talent who has now served as the creative head of three globally influential fashion houses – Pringle of Scotland, Chloé, and now Givenchy. Ms. Markle and Ms. Waight Keller worked closely together on the design. The dress epitomises a timeless minimal elegance referencing the codes of the iconic House of Givenchy and showcasing the expert craftsmanship of its world-renowned Parisian couture atelier founded in 1952. 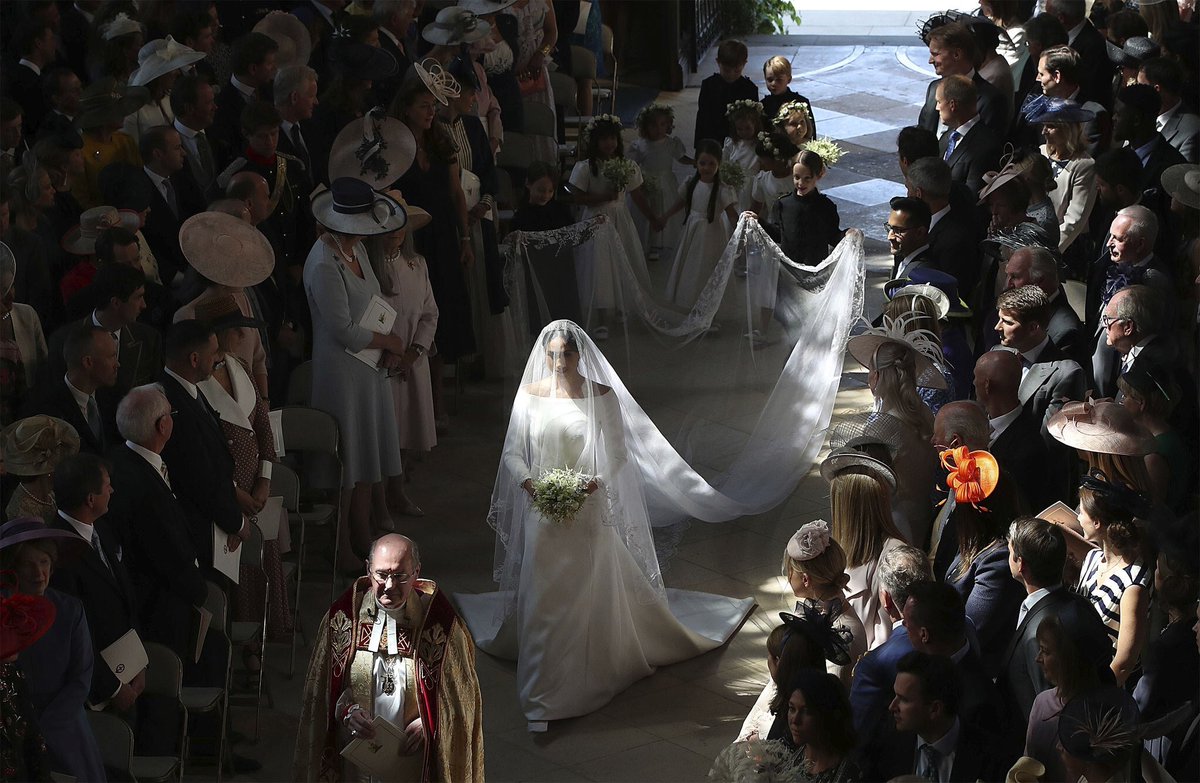 “The focus of the dress is the graphic open bateau neckline that gracefully frames the shoulders and emphasises the slender sculpted waist. The lines of the dress extend towards the back where the train flows in soft round folds cushioned by an underskirt in triple silk organza. The slim three-quarter sleeves add a note of refined modernity.” 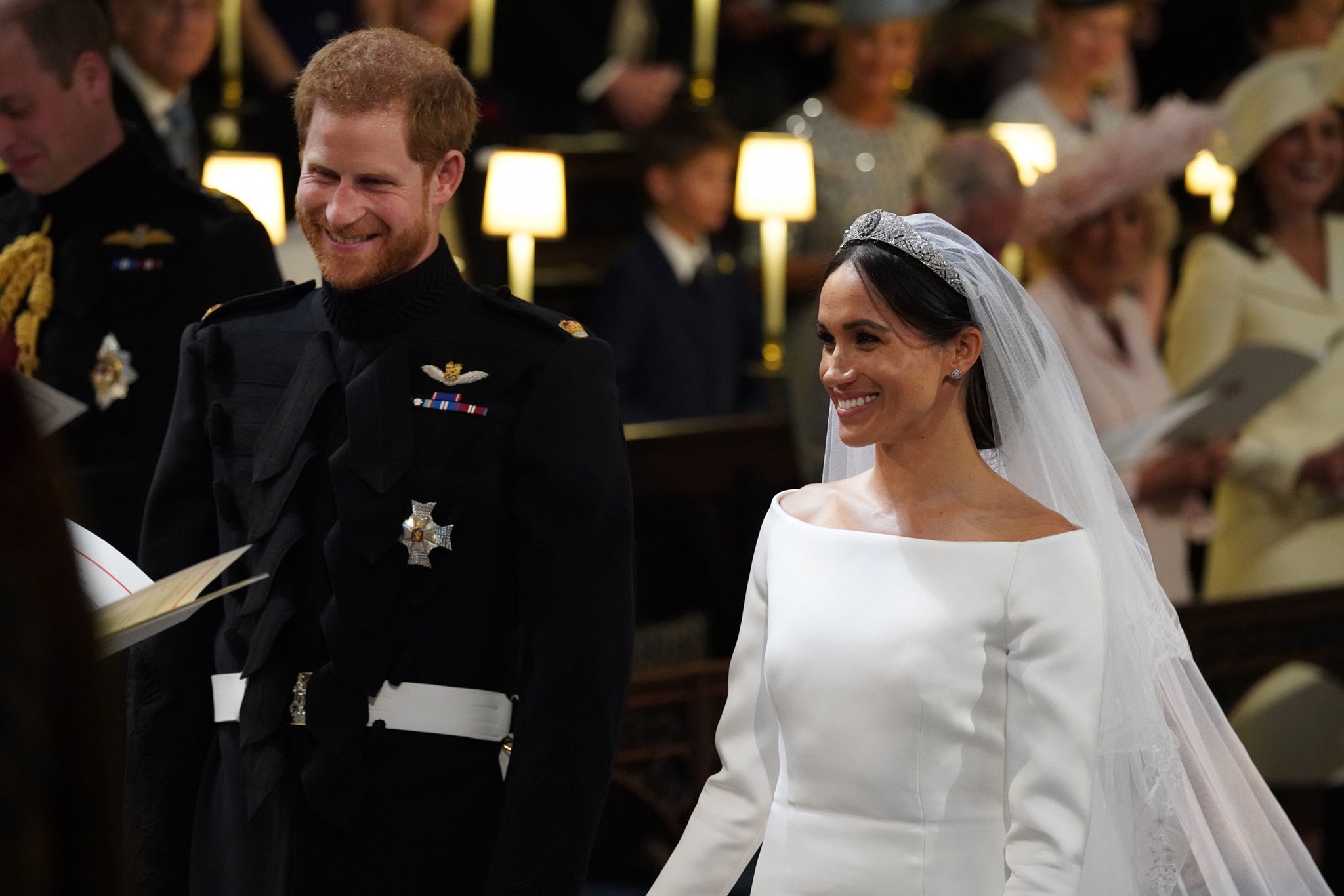 The dress is made of double bonded silk cady that was exclusively developed for the dress. The designer shared that the material is:

“Perfect for the round sculptural look required, the silk cady has a soft matt lustre whilst the bonding process and pure white colour chosen by Ms. Markle and Ms. Waight Keller bring a fresh modernity to the dress.” 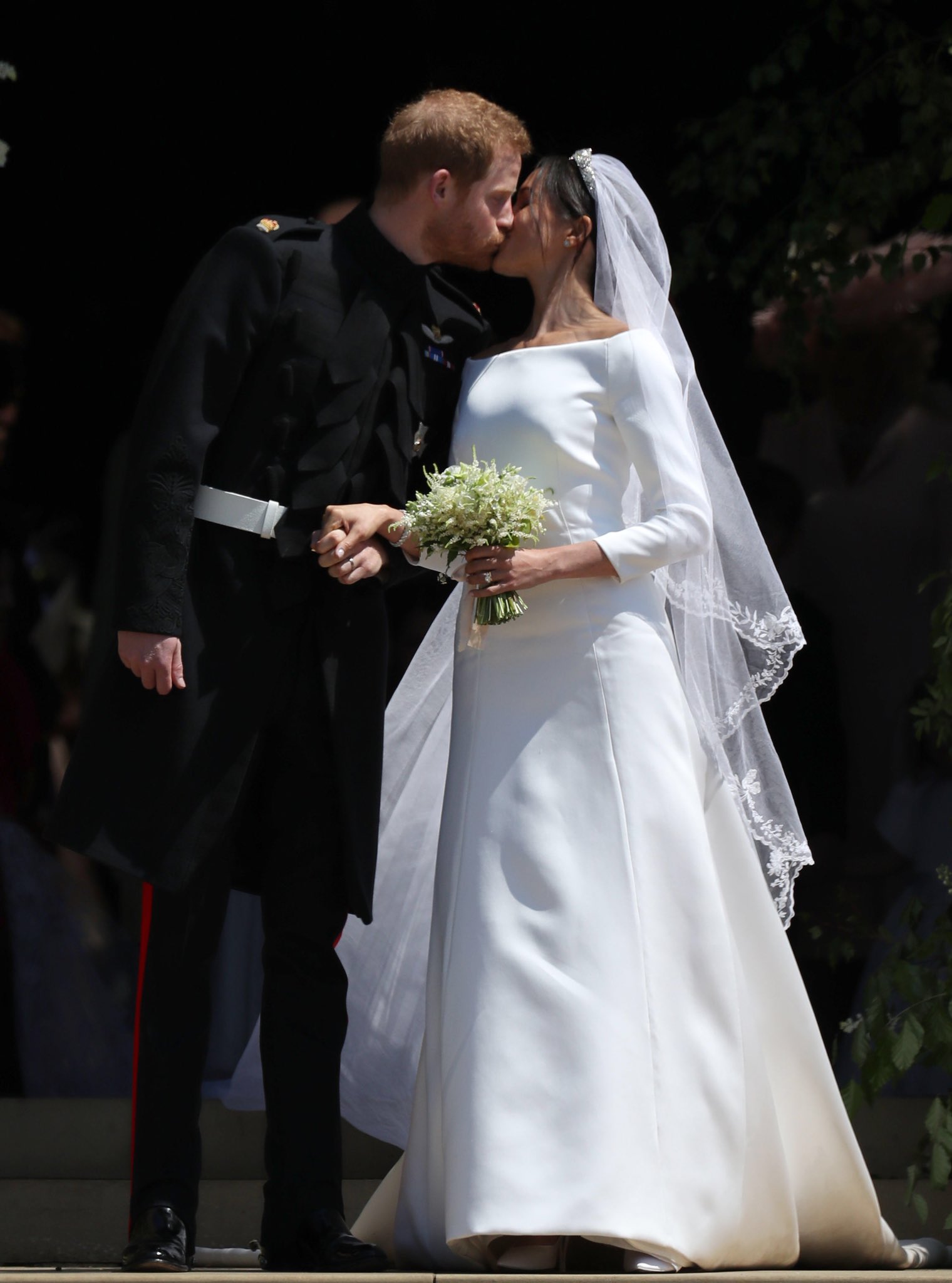 Post-wedding, sketches of the dress were shared, including close-up photos of the veil’s detailing. 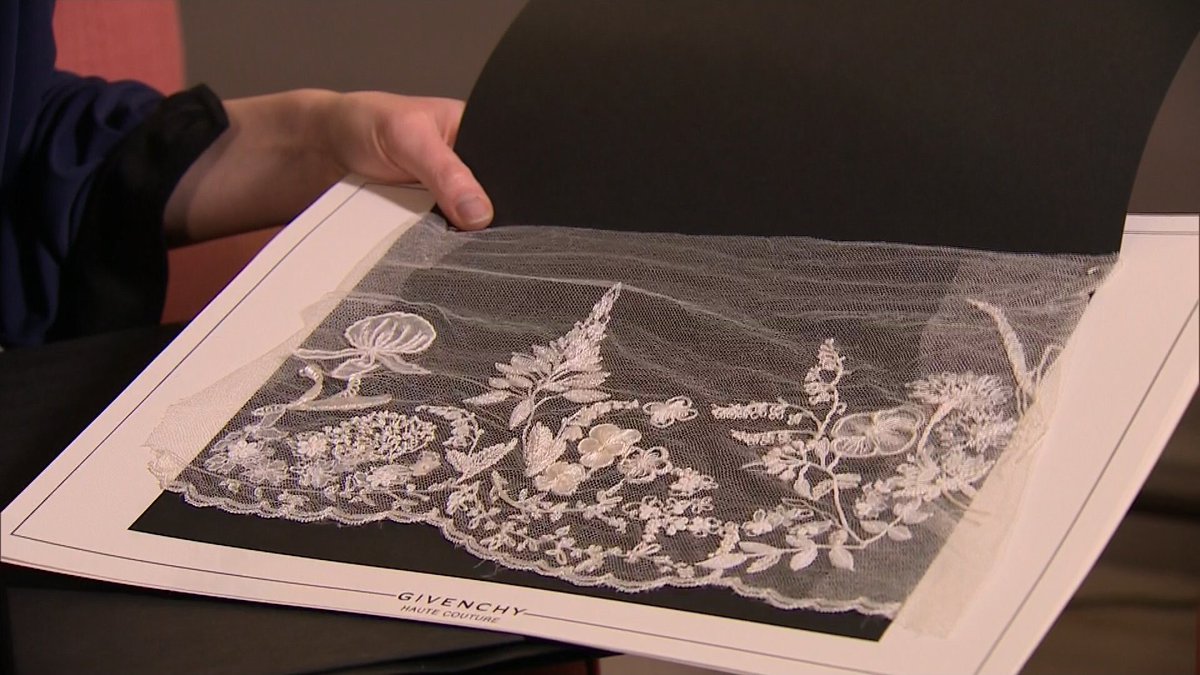 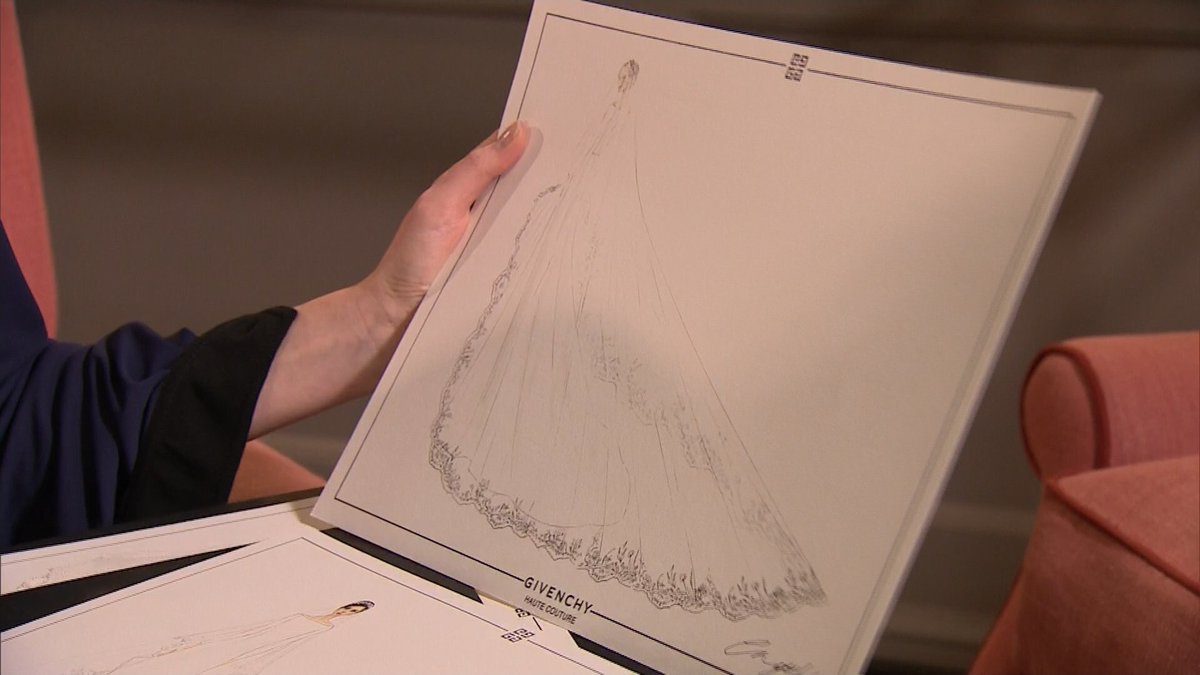 The final touches to Meghan’s wedding day look was the addition of Queen Mary’s diamond bandeau tiara, lent to Meghan by The Queen. We hope it’s one she will get to borrow again as it was a stunning choice for her. Here are some details about the tiara:

The diamond bandeau is English and was made in 1932, with the centre brooch dating from 1893. The bandeau, which is made of diamonds and platinum, is formed as a flexible band of eleven sections, pierced with interlaced ovals and pavé set with large and small brilliant diamonds.  The centre is set with a detachable brooch of ten brilliant diamonds. The diamond bandeau was made for Queen Mary and specifically designed to accommodate the centre brooch. This brooch was given as a present to the then Princess Mary in 1893 by the County of Lincoln on her marriage to Prince George, Duke of York.  The bandeau and the brooch were bequeathed by Queen Mary to The Queen in 1953. 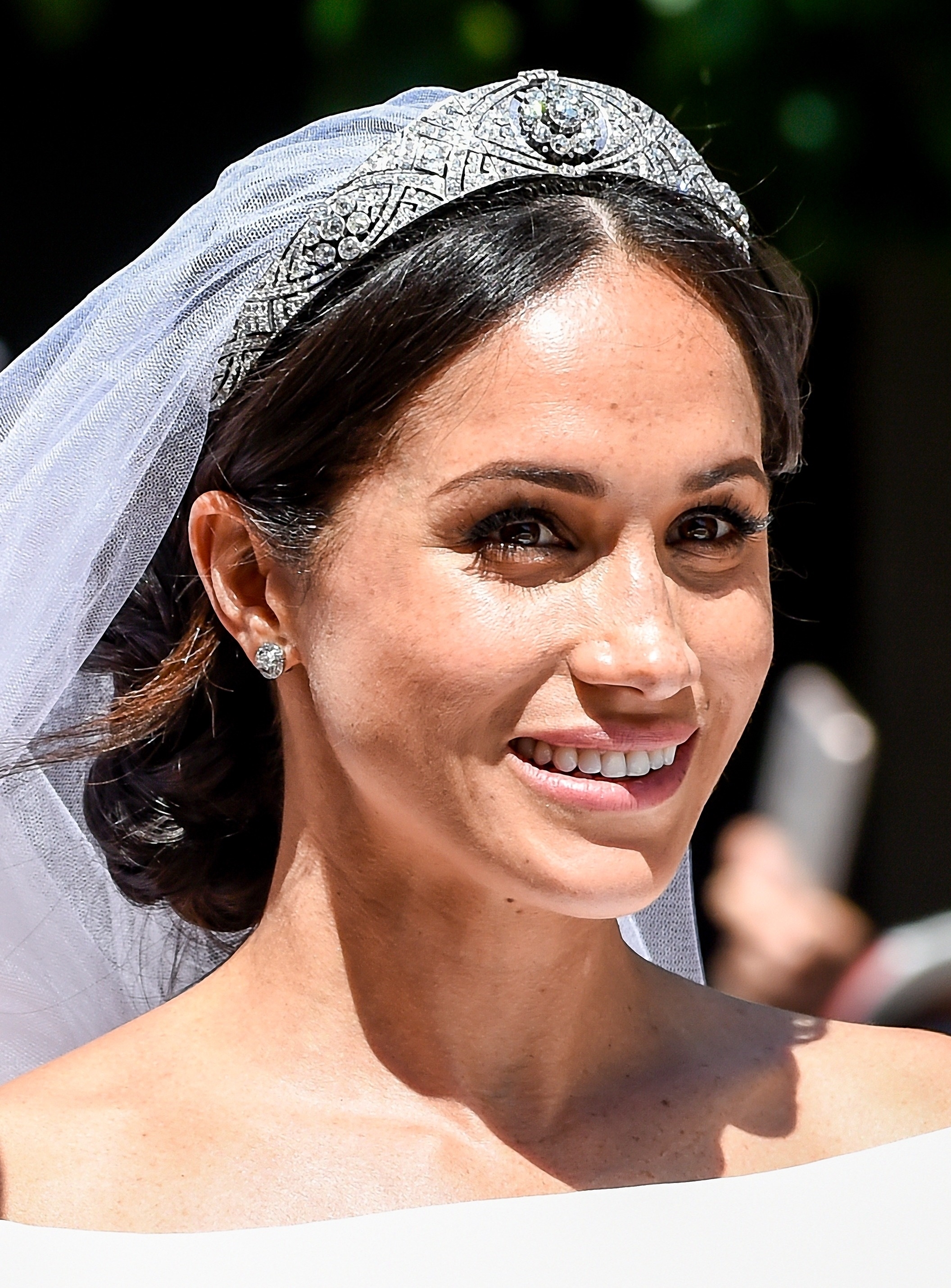 Meghan also wore earrings and a bracelet made by Cartier (the earrings we saw just a few weeks ago), and Meghan’s wedding shoes are based on a Givenchy refined pointed couture design made of a silk duchess satin.

What did we think of the dress?

We loved the blending of Meghan’s love for french style mixed with the heritage choice of a British designer. The dress was clean, simple and – most importantly for Meghan and a royal bride – timeless. We actually saw many similar elements to the dress as that of Crown Princess Victoria of Sweden, or Mette Marit of Norway. 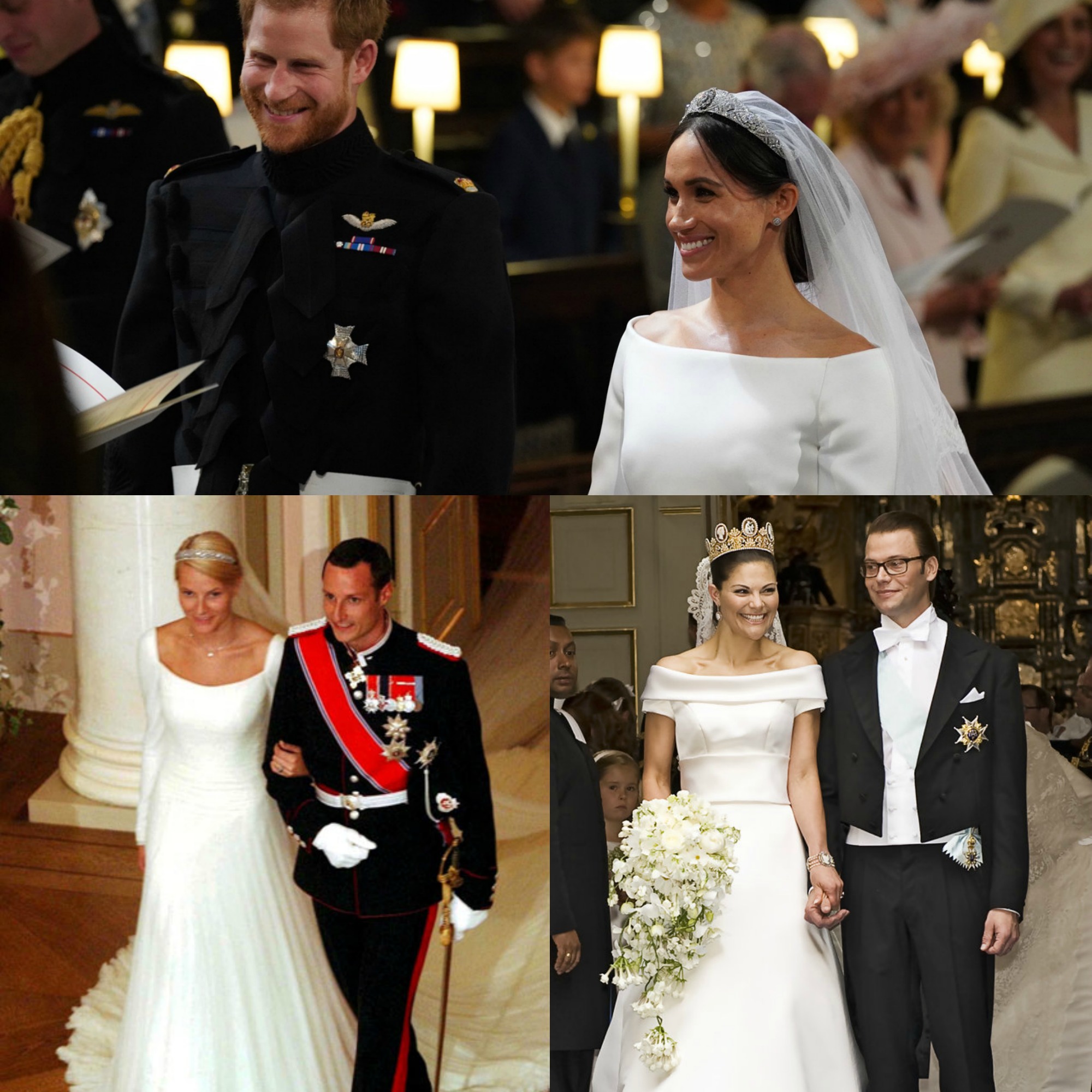 While the heavy fabric didn’t have as much definition to accentuate Meghan’s trim build as that of Crown Princess Victoria’s, for example, it was a beautiful, appropriate silhouette. 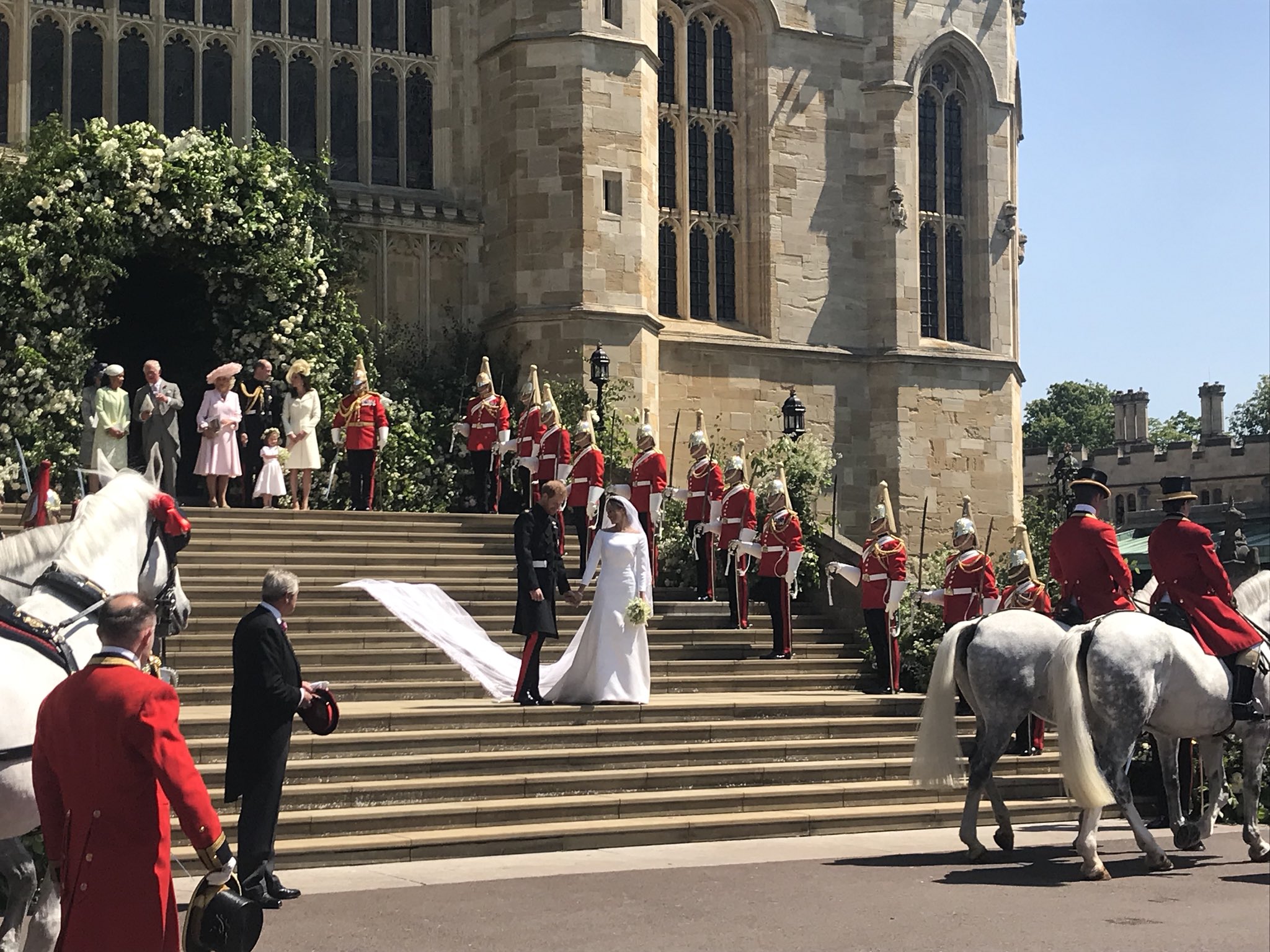 What did you think of Meghan’s wedding dress? Was it everything you hoped for? 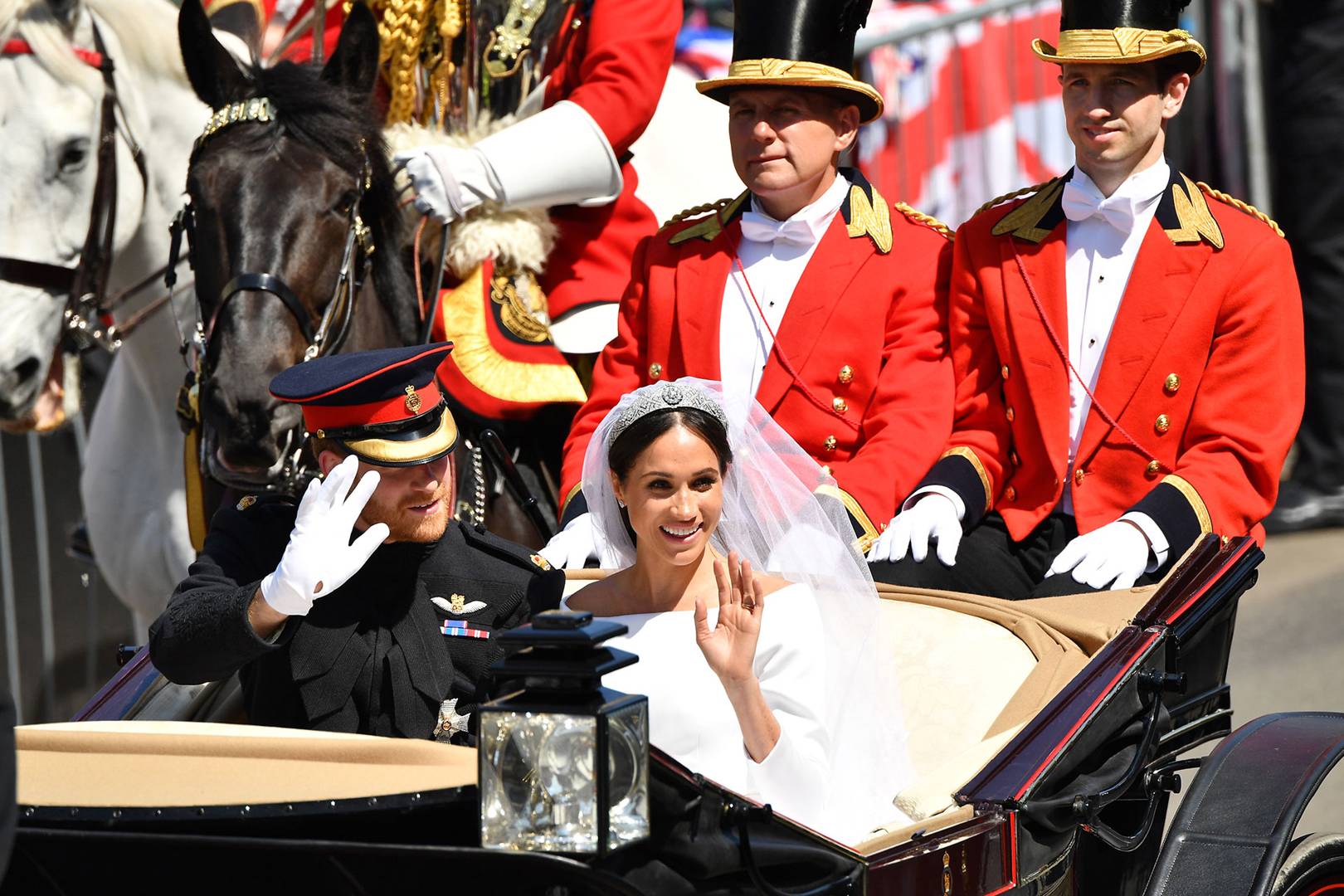 Did you Love the Dress? 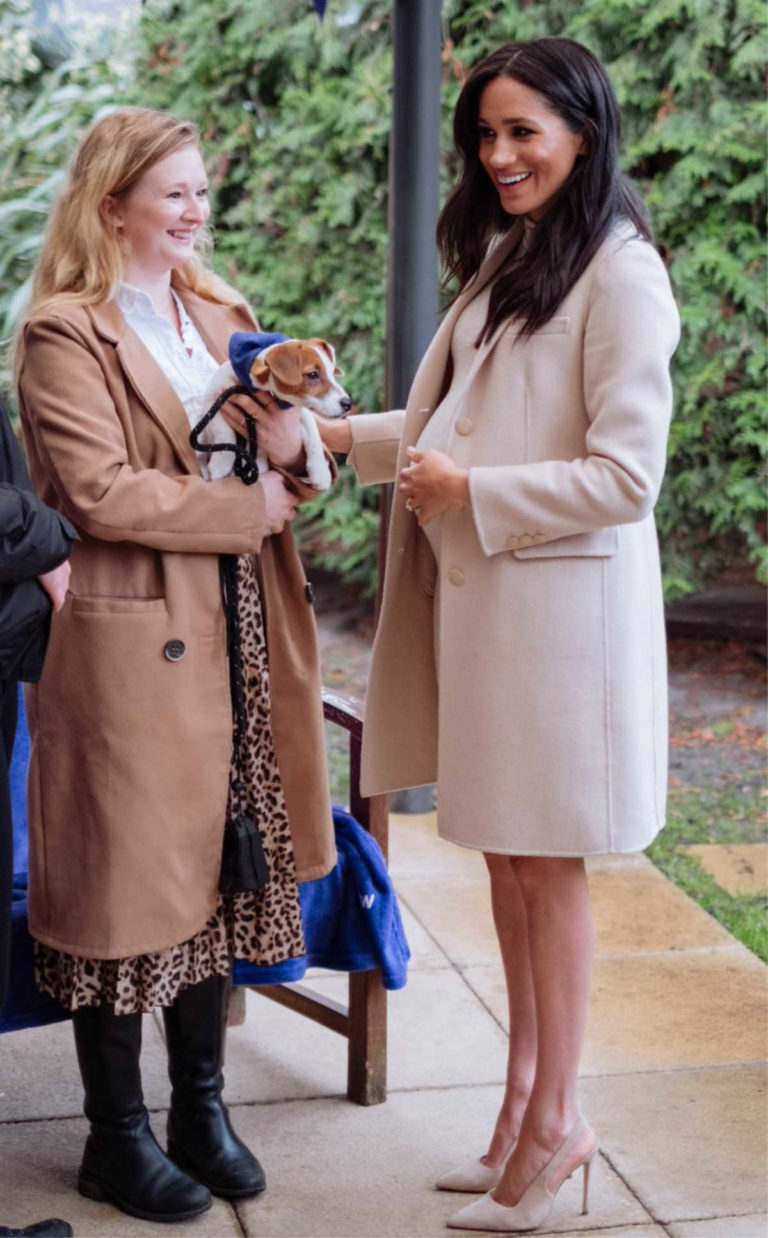 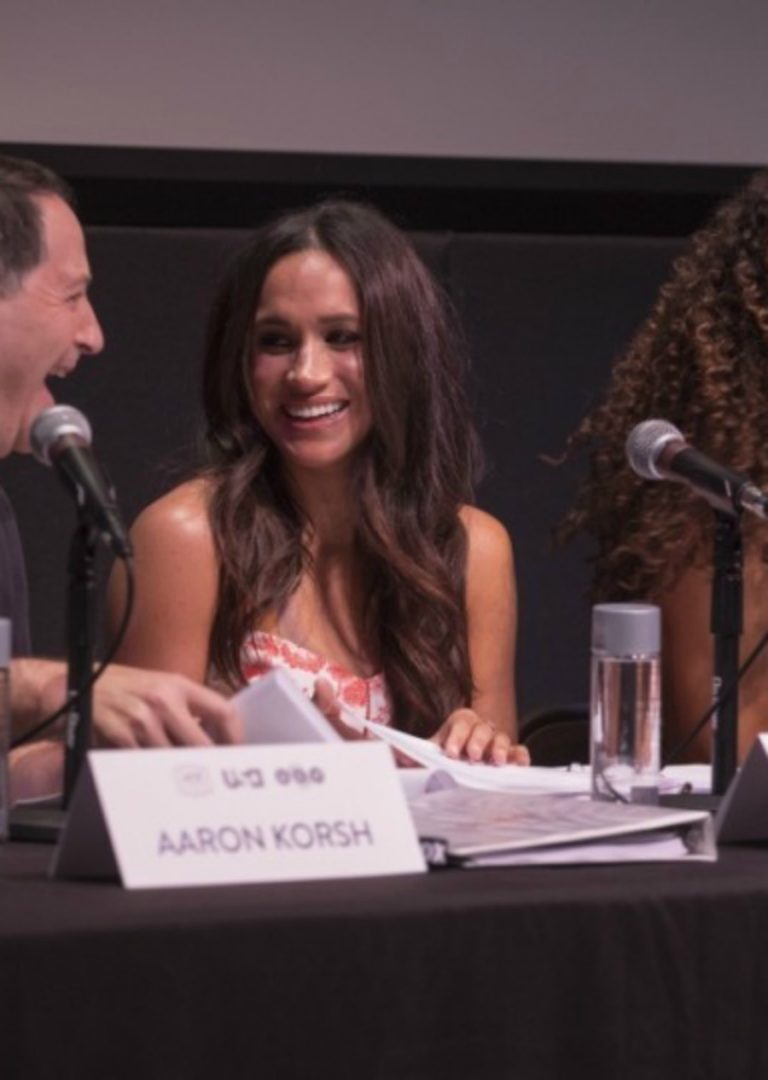