When Meghan stepped out on the Royal Tour Morocco in a custom Christian Dior gown, there was no doubt she looked stunning. The flowing gold fabric, the intricate detailing, the accentuation of her figure… The dress was designed to make a statement and that it did. After stepping out in the look, Christian Dior released a statement about the dress, sharing that it was made from the Haute Couture area of their design house. 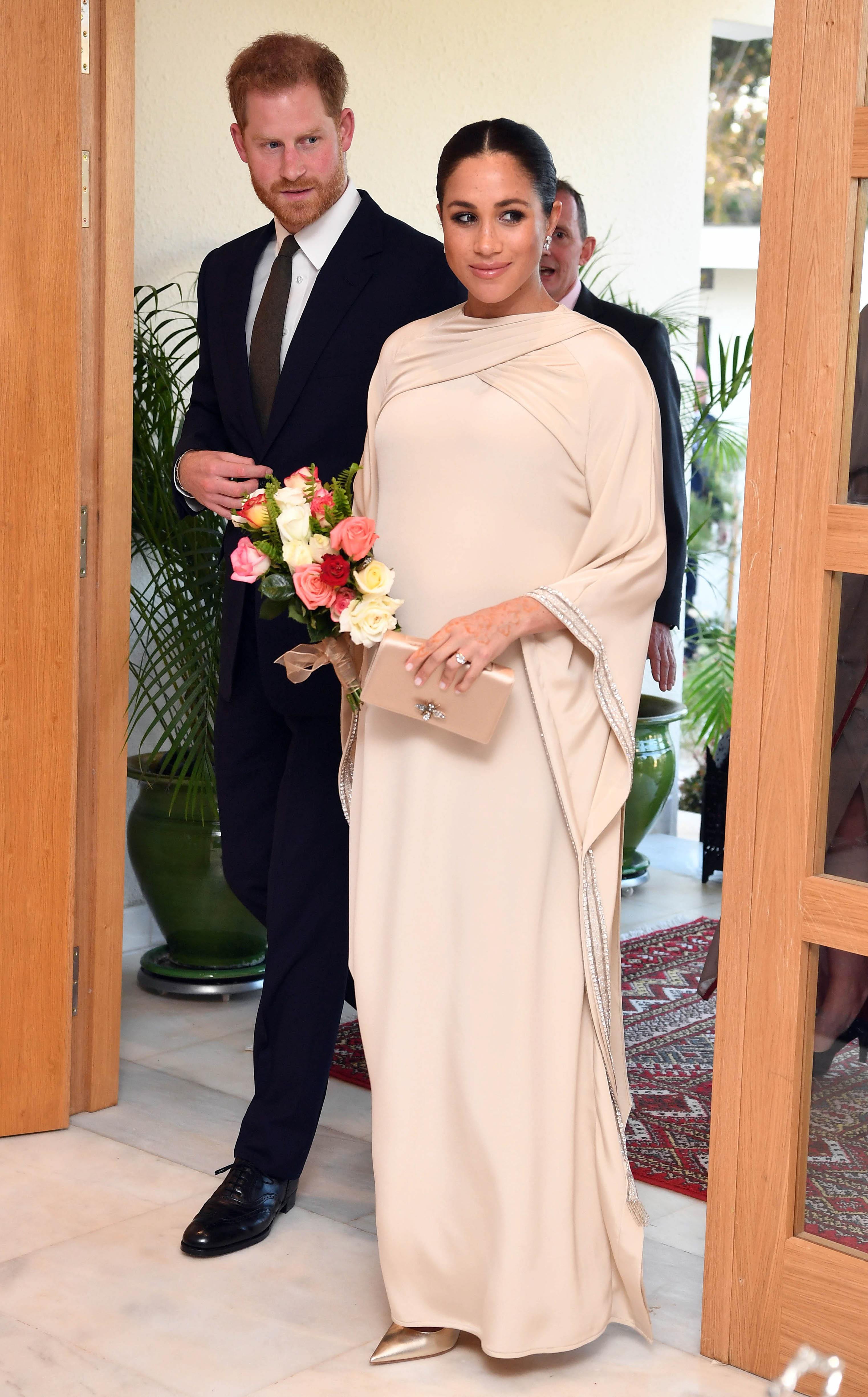 While there was much debate about the look (Should she have chosen a local designer? Did a maternity dress specifically designed for Morocco need to be haute couture?) the largest thing that was picked up by the media was the alleged cost of the dress. Some outlets pegged the dress at £90,000 while others were speculating £500,000 – but no one knows for sure. With much reaction to the costs and dozens of questions about haute couture itself, we thought it would be fun to take a deeper dive into Haute Couture in general and try and get to the bottom of the cost of a dress from the iconic Dior Haute Couture ateliers..

What is Haute Couture?

Let’s first clarify exactly what Haute Couture actually is. Haute Couture is defined as the creation of exclusive custom-fitted clothing. The term originally referred to designer Charles Frederick Worth‘s work, produced in Paris in the mid-nineteenth century where he would allow his clients to choose elements about their clothing before they were produced, which was unheard of at the time. After Worth’s work became more popular, the term evolved. 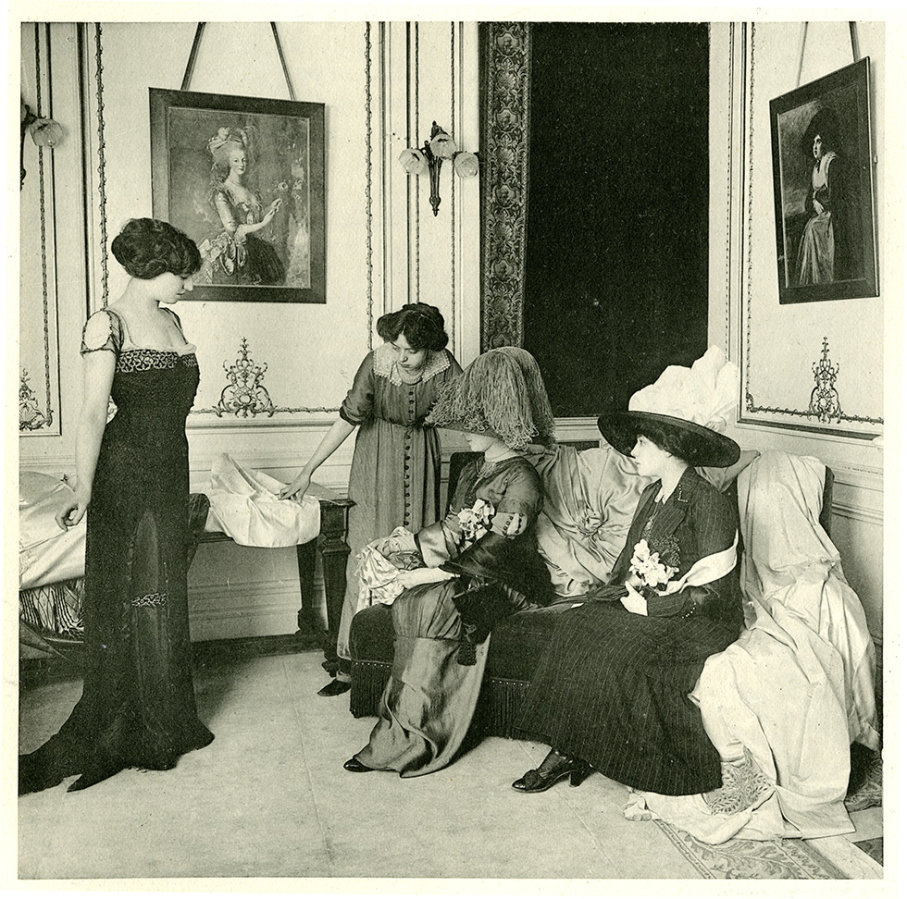 In today’s France – and fashion world –  haute couture is a protected name that can only be used by designers that meet certain well-defined standards. The ‘Chambre Syndicale de la Haute Couture’ in Paris qualifies members needing to meet several requirements: 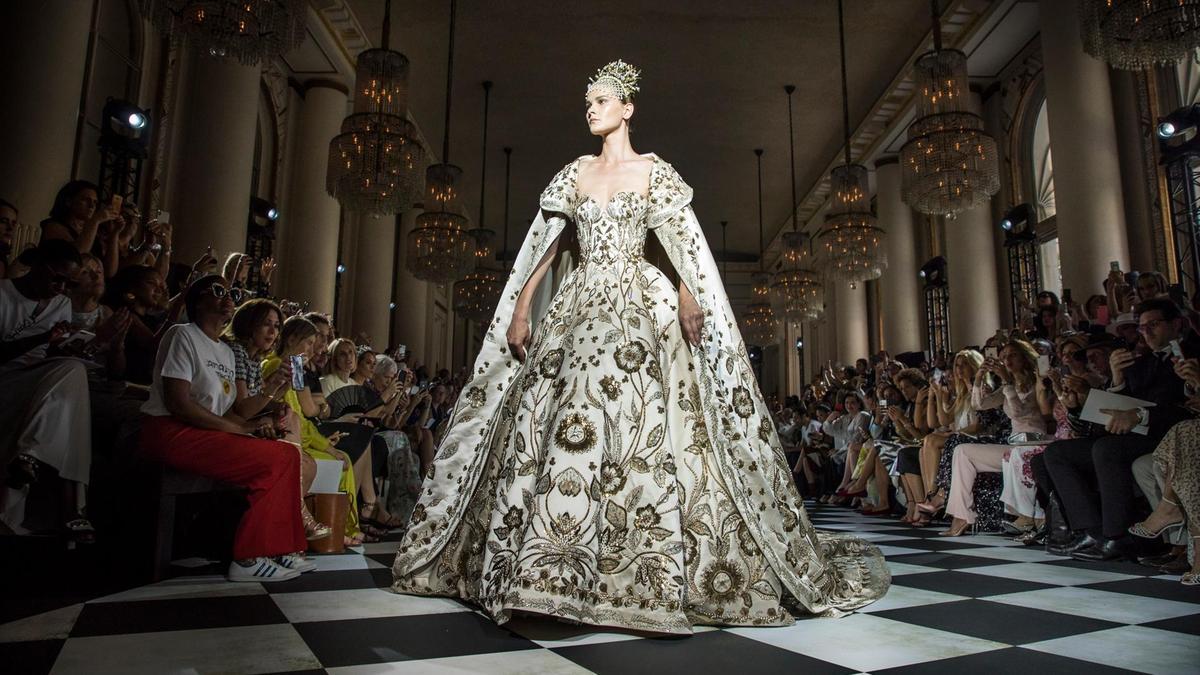 You might recognize January and July as being the time for Fashion Week in Paris – where the art form is still housed even though there are “unofficial” loose definitions used to describe all high-fashion custom-fitted clothing that may be produced in other fashion capitals such as London, Milan, or New York City. Due to the restrictions on the term by the Chamber Syndicale in France, haute couture designs are all one-of-a-kind pieces, handmade by skilled workers in recognized ateliers. 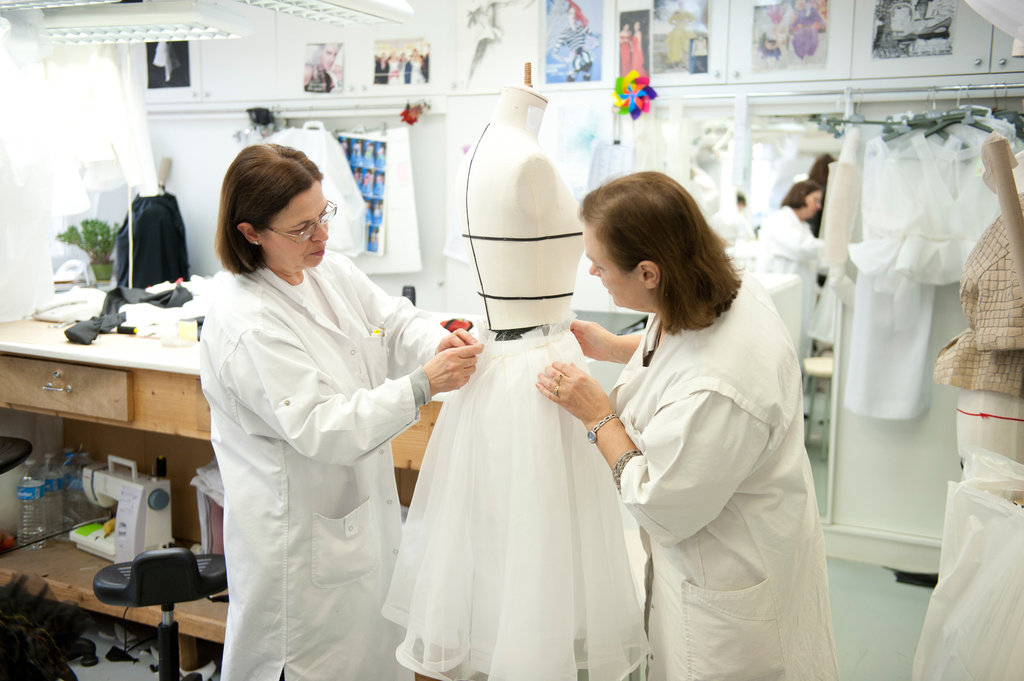 The cost of being an official Haute Couture house are very high, as are the costs of the high-end materials and the intensive labour that goes into each piece. These costs are why the cost of a piece from an Haute Couture collection are much more expensive than from the same designer’s ready-to-wear collection. Due to the restrictions and the technical knowledge and skill that have to go into the production of these pieces, there are very few formally recognized Haute Couture Houses.

Who are the Haute Couture Houses?

As of time of writing, the following are designers with the Haute Couture designation. 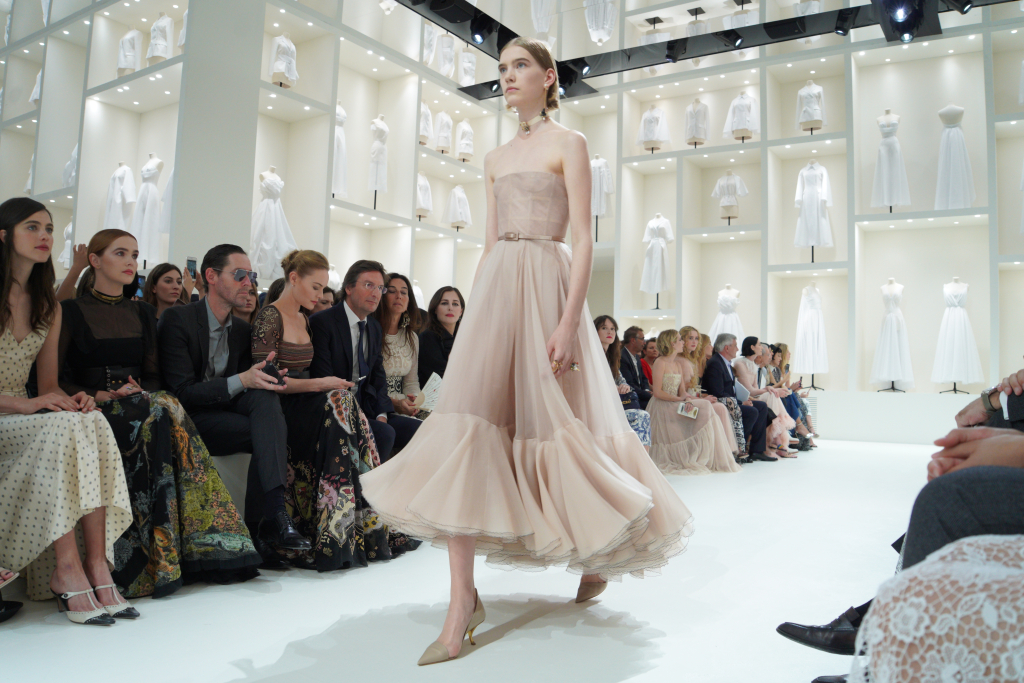 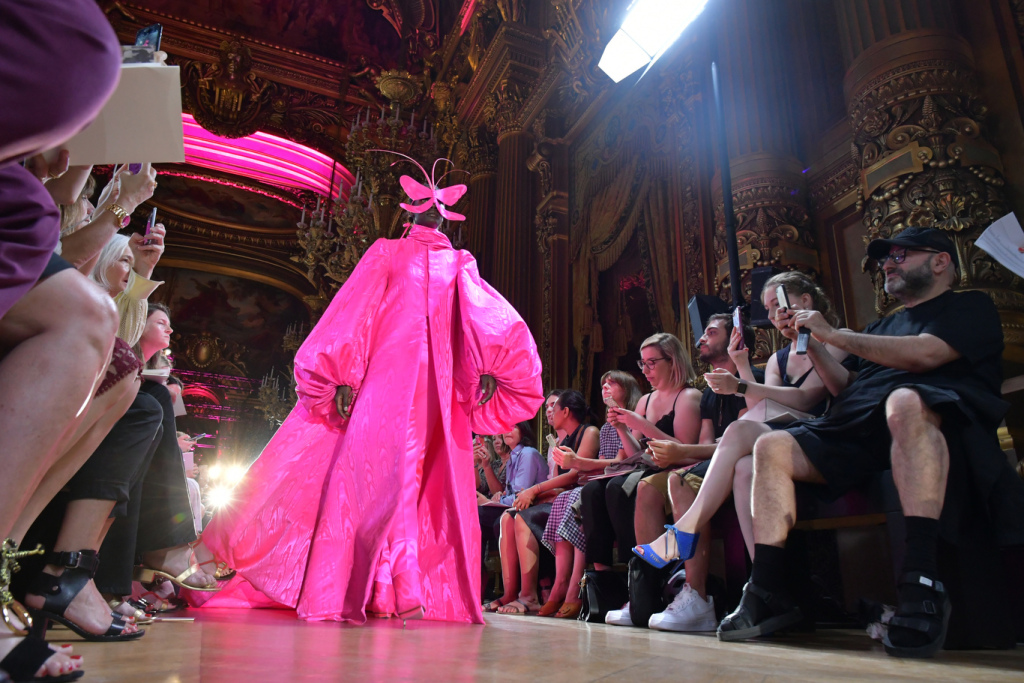 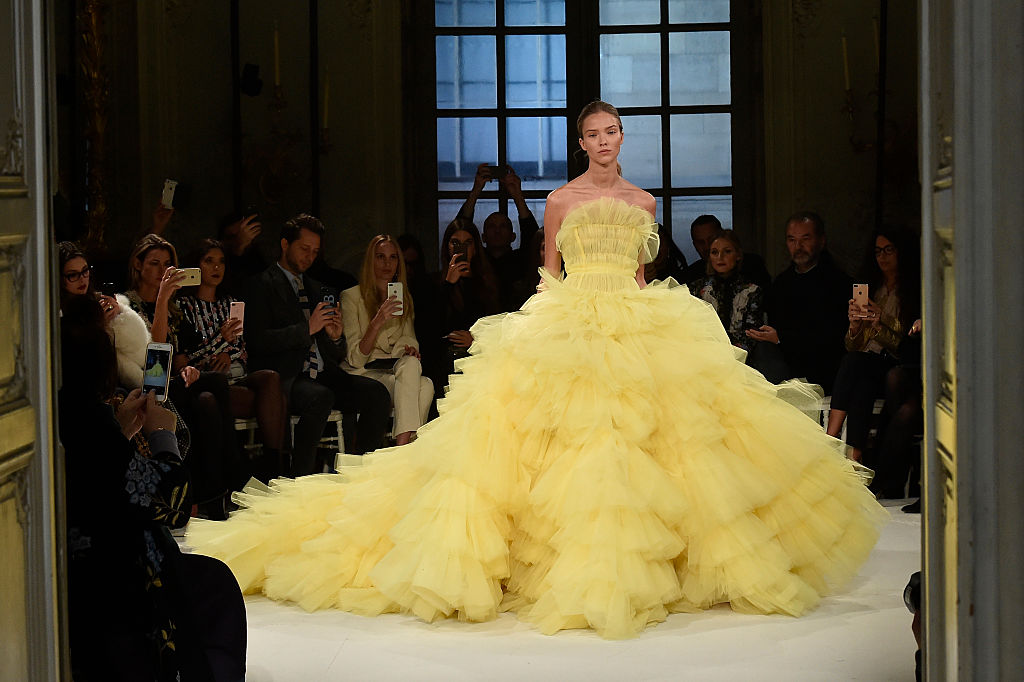 What is the difference between Prêt-à-Porter and Haute Couture?

Haute Couture houses tend to release a variety of lines, and not all of them are from their exclusive ateliers. The most popular lines are generally the ‘ready-to-wear-lines. The difference between these two fashion elements can be most easily broken down by looking at the English translations from the French words themselves. Haute Couture literally means “high dressmaking”, while Prêt-à-Porter means “ready-to-wear”. While haute couture pieces are one-of-a-kind works of art, prêt-à-porter pieces are available to a variety of customers and in a variety of sizes. They also tend to be produced in factories, even if they are not mass produced, and are designed to fit within the bounds of standardized sizing. 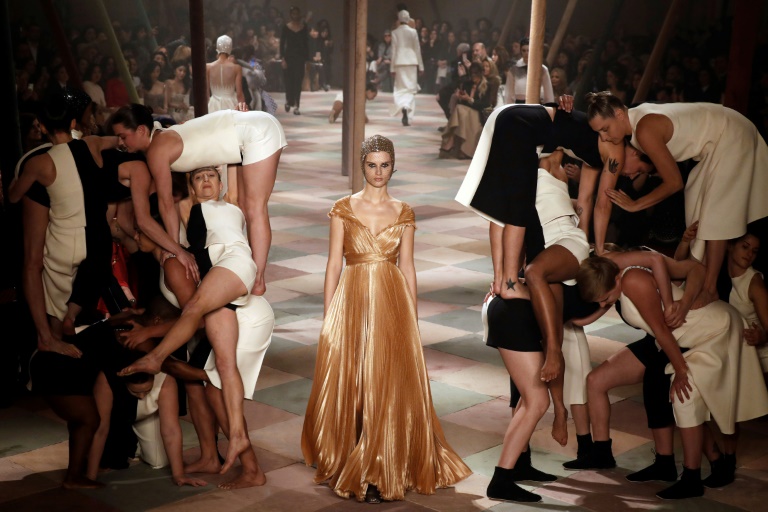 Fashion Houses which have ready-to-wear lines usually have ready-to-wear lines as well, as those lines provide a good economic boost to the company, seeing as Haute Couture collection often lose money. The ready-to-wear collections provide greater profit due to the higher volume of pieces made and the greater availability  – and affordability – of the pieces to the public. Ready-to-Wear pieces are sold through the designer but also third-parties (such as how Christian Dior pieces are available through retailers like Saks Fifth Avenue) while Haute Couture pieces require the client to come to Paris and be fitted in one of the Haute Couture Ateliers themselves, meaning that Meghan most likely made a trip to the City of Light to get fitted for the stunning Morocco gown.

So how much does a Christian Dior Haute Couture Dress Cost?

The cost of Haute Couture pieces created by fashion houses are are confidential and never revealed to the public. However, in 2016, a French documentary was released in which Catherine Riviere, the woman in charge of all Haute Couture at Dior (she shared that she was in charge “from the moment the collections are created to the moment the client paid her bill”) shared some estimated cost information information. 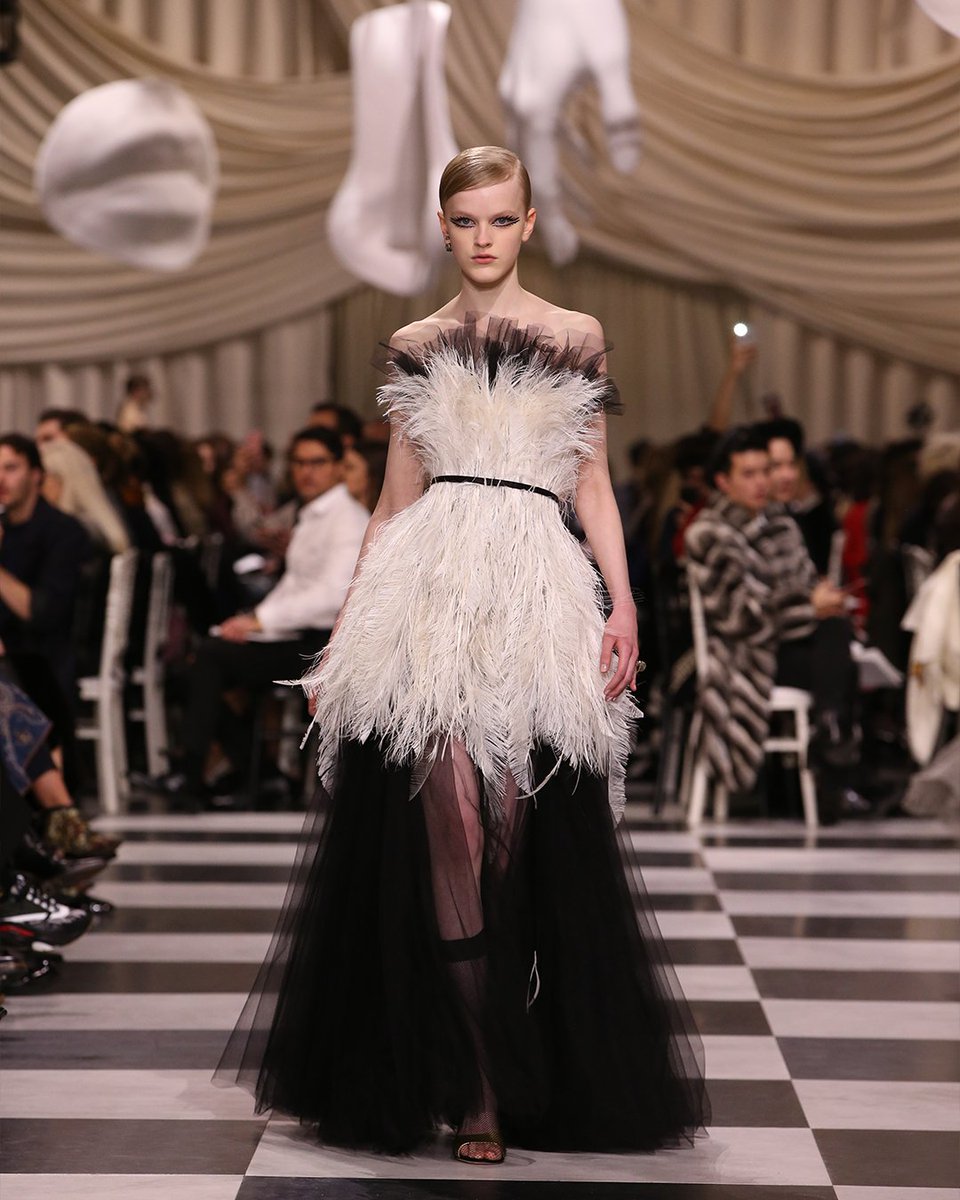 Catherine shared that a Dior Haute Couture “simple” dress cost between €40,000 and €80,000, while an “elaborate” dress – generally wedding dresses – would cost around €150,000 to €200,000. The policy at Dior is to set prices that match the number of hours that it took to create the dress, so if a dress took a staggering 500-600 hours of embroidery or hand-detailing, the cost would reflect that.  It’s also been revealed in the past that the average time it takes to create a Dior Haute Couture dress is an impressive 135 hours. You can peek at the documentary itself (in French) below.

What do we know about Meghan’s Dior Look from Morocco?

So now that we have a good sense of Haute Couture (and what it means), let’s look at the specifics that we know from Christian Dior about Meghan Markle’s Haute Couture dress. Dior released a statement about the dress itself, sharing:

“… This beautiful dress is not part of our current collections and was especially created by our Haute Couture workshops for the Duchess of Sussex for her visit in Morocco. It is a one of a kind piece, made in a kaftan style, created in our Haute Couture workshop especially for the occasion. The Maison Dior constantly aims to promote the mixing of cultures and different styles to show that fashion is universal.”

There were no other details released about the dress cost, fabric or selection criteria. Meghan’s dress had only a small area of beading around the edges, and the rest was left to the elegant draping of the material to steal the show. Because of this, and the information from that French fashion documentary, we’d estimate that the cost of the dress would be in the “simple” haute couture category and range between €40,000 and €80,000.

Why did Meghan Choose Haute Couture?

Why Meghan chose an Haute Couture dress is a very personal question that the Duchess of Sussex is best equipped to answer! It’s easy, however, to understand her desire to create a special, memorable piece that is unique and memorable. Haute Couture truly allows their customers to own, as Vogue one said “a wearable piece of art”. Meghan, a true lover of fashion (especially French fashion) would certainly appreciate the experience and the elements that go into it. 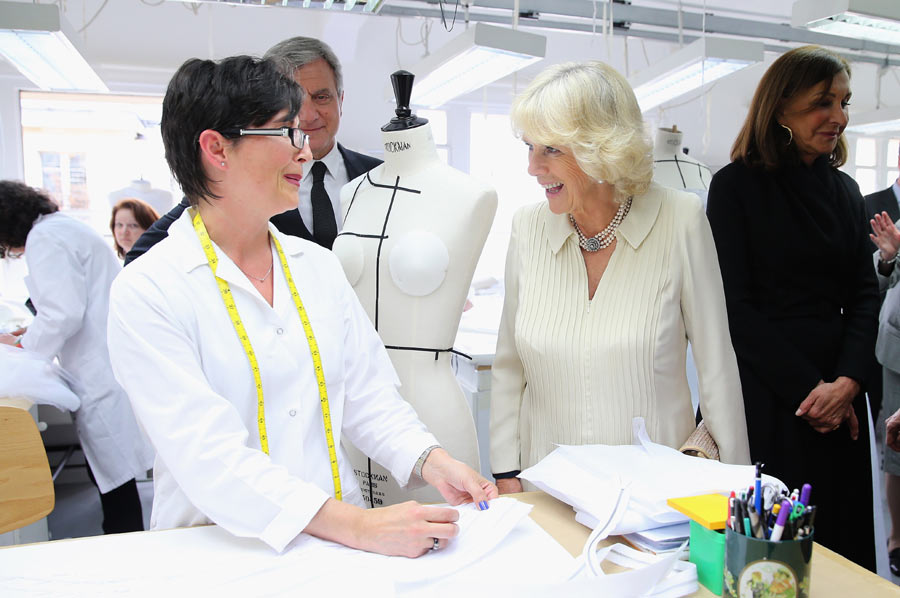 Here is a fun fact about the Christian Dior workshops in Paris –  Meghan’s “mother-in-law”, Camilla, visited the Dior Haute Couture Atelier during a 2013 trip to Paris! As one of only an estimated 2,000 Haute Couture clients in the world, Meghan is now part of an extremely exclusive group of women who not only have the means to be able to afford these pieces, but also have the events at which to wear them. It’s why we think that while Meghan may well continue to choose Haute Couture for very special pieces for years to come.

** Special thanks to our friend Heaven for her invaluable insight and resources to help write this article! **

Would you like to see Meghan in more Haute Couture? 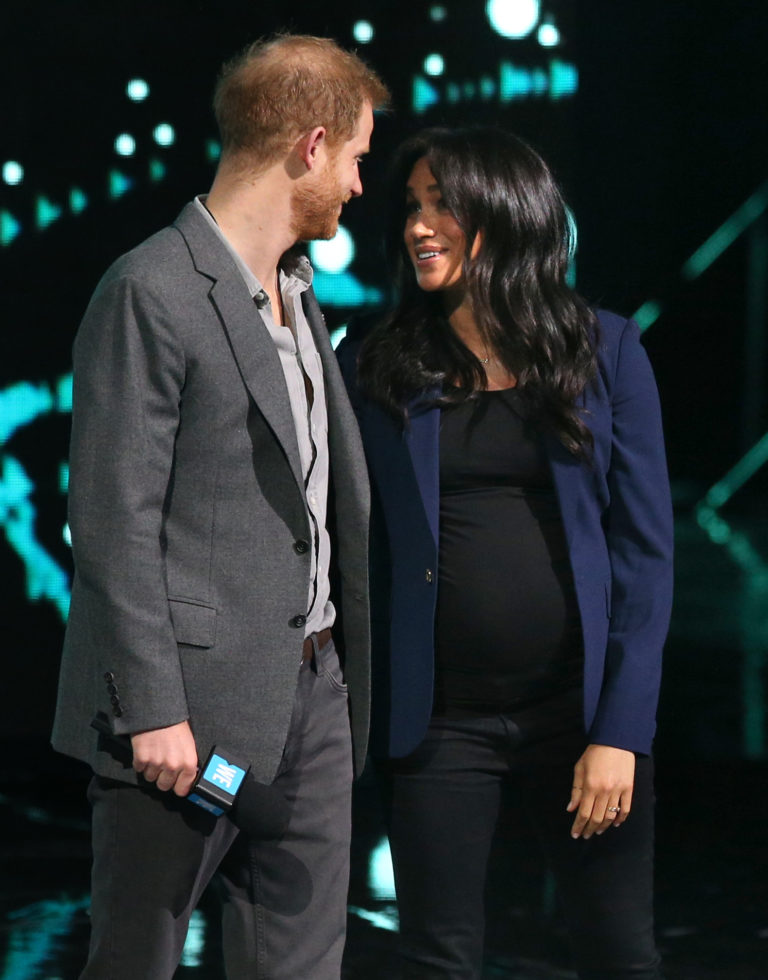 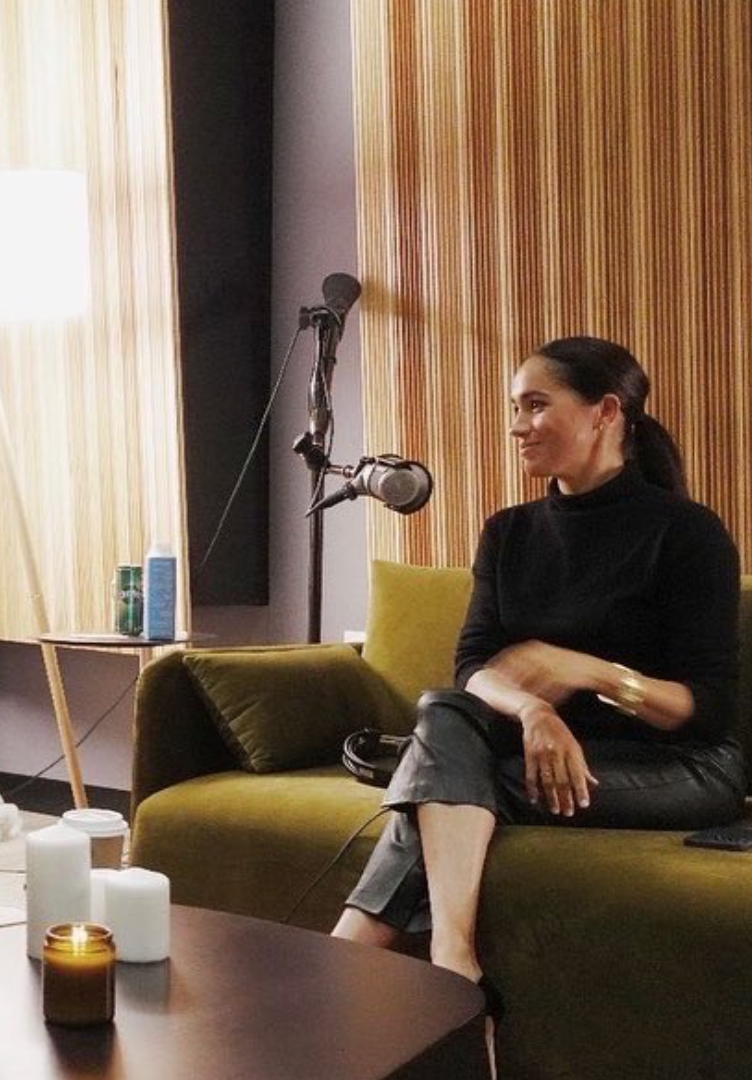