Most brides dream of their wedding day, when they get to be a “princess for a day,” complete with a ballgown and tiara. When it comes to the royal wedding, Meghan actually gets to be a princess forever*. We can’t wait to see which tiara she chooses for such an important day. 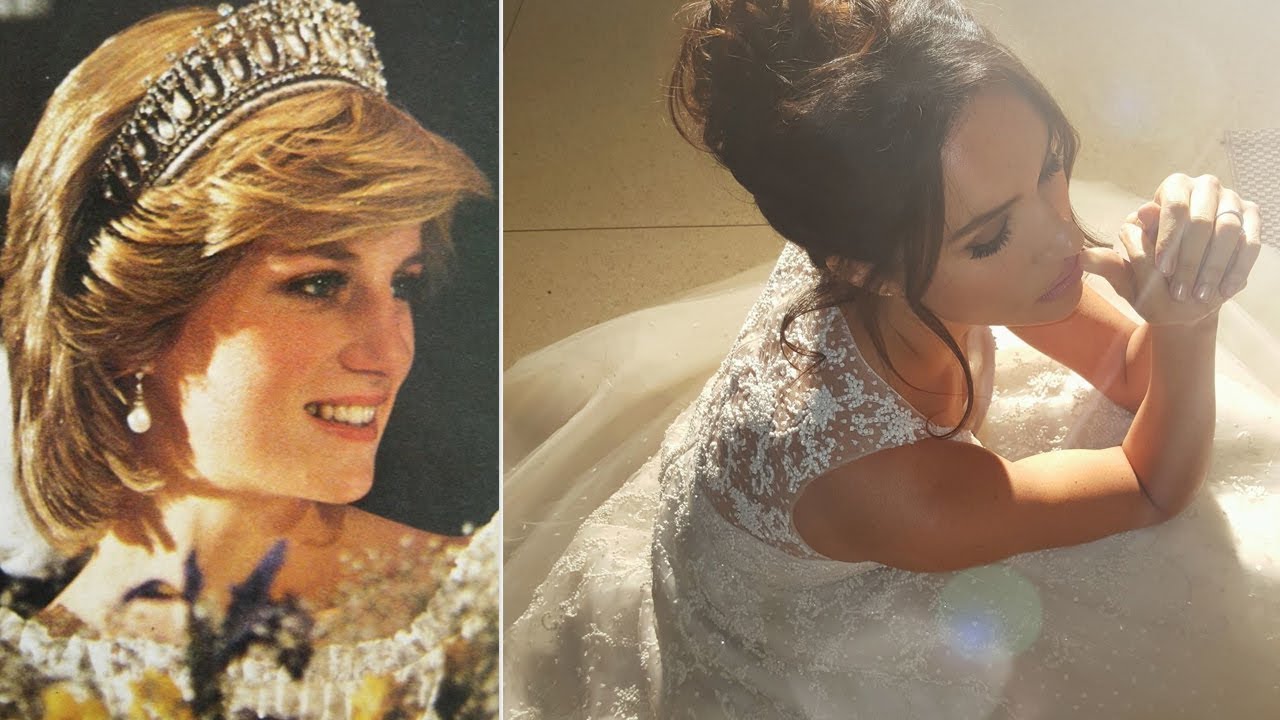 Although some speculate Meghan may wear flowers, or eschew any sort of hair adornment, due to her more modern, relaxed style, we still wanted to make predictions (because who doesn’t love talking about tiaras?!). We spoke with the editor of the fantastic Order of Splendor on some options for Meghan Markle’s tiara at the royal wedding. If you’re looking for a one-stop resource for everything tiara, you should definitely bookmark their excellent site. They provided us with some of their thoughts on Meghan’s tiara options as well as some great history on the tiaras. 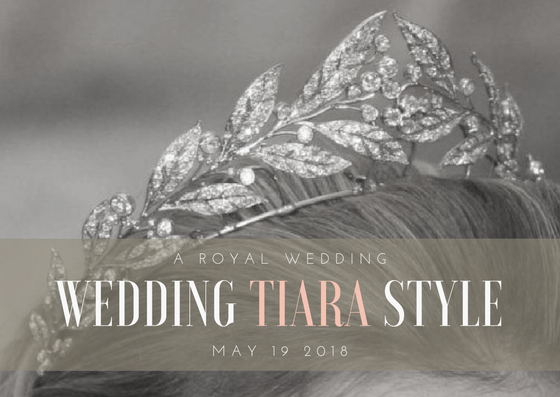 Here are our top guesses:

Lady Elizabeth Bowes-Lyon (the future Queen Elizabeth, the Queen Mother) received it as a gift from her father, the Earl of Strathmore, for her wedding in 1923, although the piece itself dates from before that. The tiara features a garland of wild roses in diamonds mounted in silver and gold. The individual elements can be dismantled and worn as brooches, and according to Hugh Roberts were originally able to be substituted by single sapphires.

The Strathmore Rose Tiara is one of the top guesses for Meghan’s tiara. We love the unusual floral designs, which might tap into Meghan’s bohemian upbringing. The editors at Order of Splendor think its a good choice, too: “Sure, that’s one of my top guesses for Meghan. It is with QEII and was photographed a few years ago looking good.”

Queen Elizabeth the Queen Mother had a set of bracelets made by Cartier. There’s a quintet of these bracelets, featuring three different colors of stones as the baguette center in a diamond bracelet: one ruby, one emerald, one sapphire, and two with all diamonds. In 1925, Cartier supplied mounts allowing any three of the bracelets to be worn together as a bandeau tiara. The young Duchess of York did this through the early 1930s, in an era when a bandeau would have been a particularly fashionable choice.

The Queen Mother’s Cartier Bracelet Bandeau would be an unusual choice for Meghan, but still a possibility. “People don’t really wear bandeau tiaras like this anymore, but it does exist,” Order of Splendor says. We love this design – a midway point before a headband and a tiara, this style would be a great choice for Meghan’s modern aesthetic.

Queen Mary’s Fringe Tiara is probably the most famous British fringe, thanks to its use as Queen Elizabeth II’s wedding tiara in 1947. Queen Mary had the tiara created after another diamond fringe in the collection apparently didn’t suit her needs. The two fringes are still regularly confused. 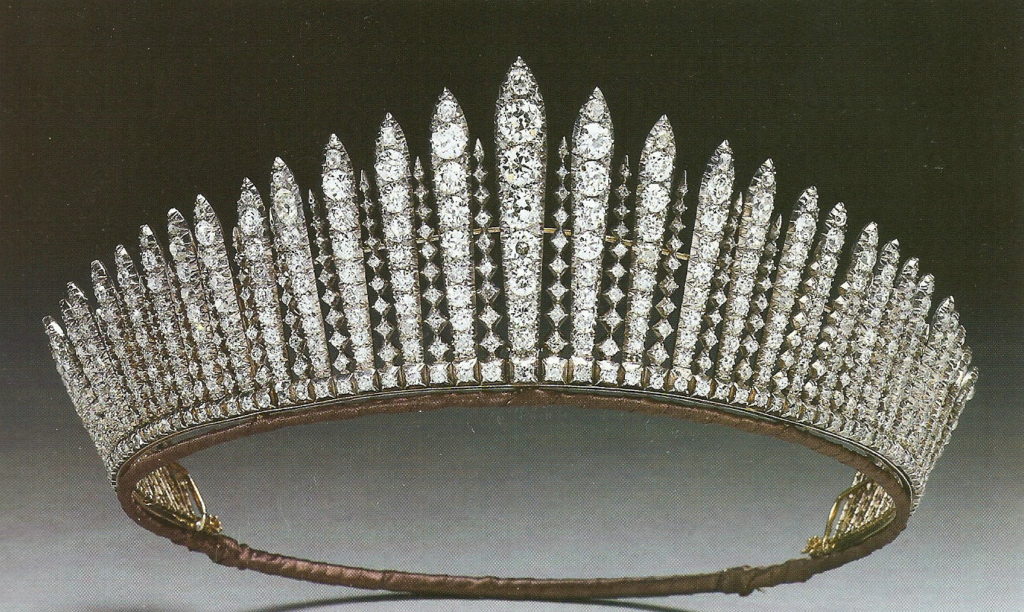 The Queen Mary’s Fringe Tiara features clean lines, but it is massive! “I’m biased because I love it; others think it’s too significant a piece for Meghan. Definitely don’t expect to see it on the wedding day, though,” says Order of Splendor.

The Spencer Heirloom tiara includes diamonds in silver settings mounted in gold in various floral shapes: stylized tulips, star-shaped flowers, and scrolling foliage. It was worn by both of Lady Diana Spencer’s older sisters, Jane and Sarah, at their weddings before it made its infamous debut at Diana’s wedding to Charles, the Prince of Wales in 1981.

It was speculated recently in the press that Meghan might choose to wear the Spencer family tiara in honour of her late mother-in-law. While she certainly could have access to it, we don’t see this as a highly likely possibility. In 2011 at the wedding of Kate Middleton and Prince William, it was thought that choosing the Spencer Tiara would be a huge slight to the royal family. While tensions have certainly settled, this is the most unlikely choice due to the family ties. Even royalty has to navigate tricky family politics!

If you can’t find a tiara that works… Create your own! 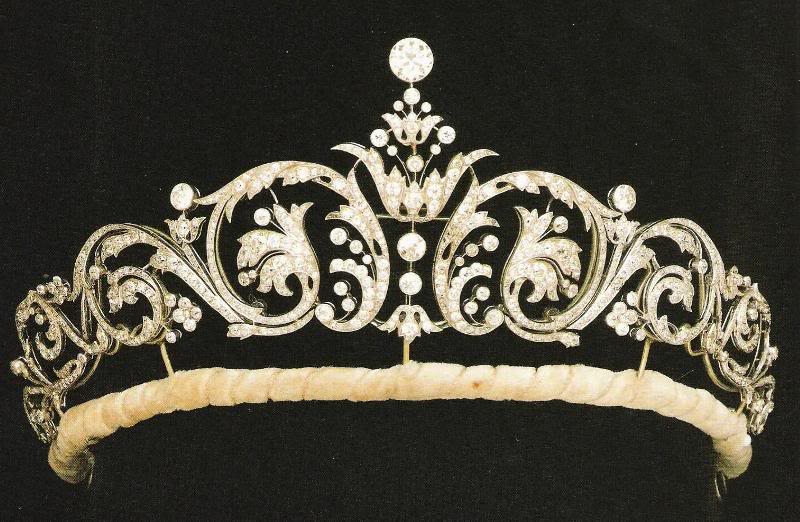 The other option is for Meghan to create a bespoke piece. Pippa Middleton recently wore a delicate, bespoke Robinson Pelham tiara to her 2017 wedding. “Something newly purchased or newly made: Sarah Ferguson received a newly purchased tiara. The Countess of Wessex received a tiara created from other pieces in the collection. The creation of a new tiara from an existing jewel is another of my top guesses for Meghan,” says Order of Splendor.

Any guesses? We would love to hear your thoughts… And don’t forget to enter your royal wedding predictions in the Meghan’s Mirror Royal Wedding Prediction Pool! 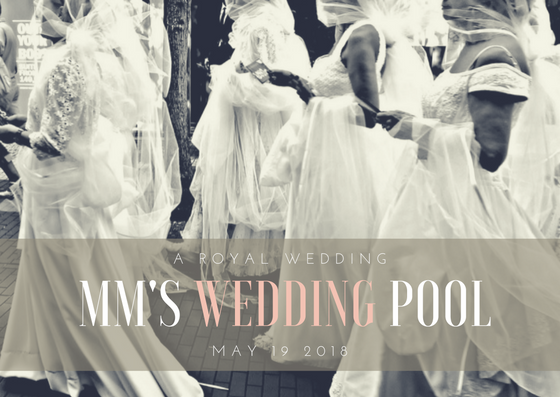 * Upon her marriage, Meghan will have the title “Princess Henry of Wales,” making her a princess by marriage, if she chooses to use that title. So yes, she will be a princess. Technically. 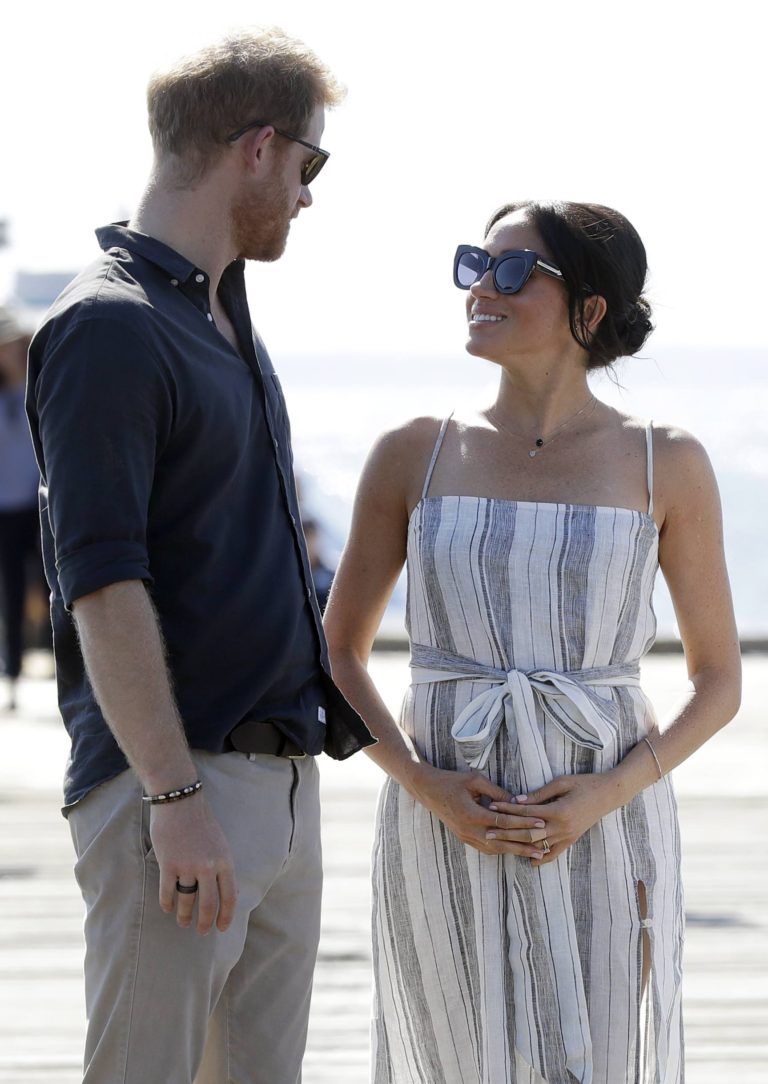 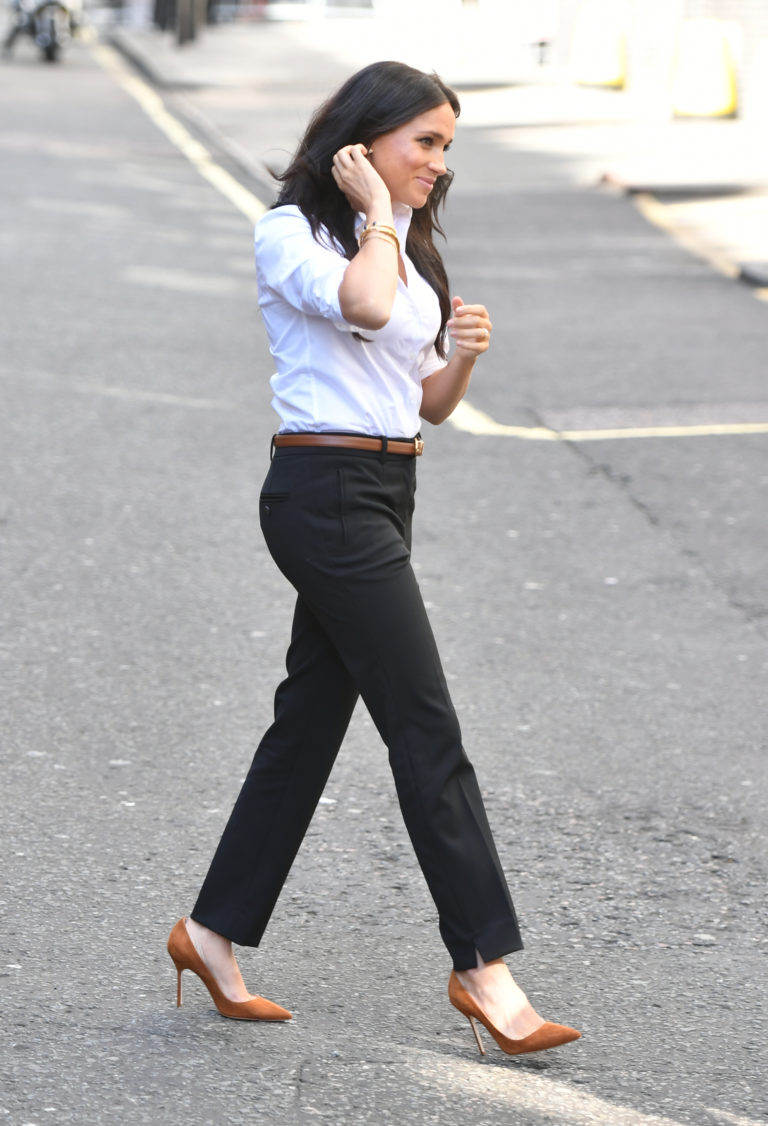