** This post is being updated as more details become available **

Meghan was surrounded by friends at The Mark Hotel’s penthouse suite today in New York City to celebrate her baby shower. The event, reportedly co-hosted by Amal Clooney and Serena Williams, was undoubtedly a stylish affair. We were treated to a “red carpet” arrival of some of Meghan’s most stylish friends as they entered the hotel to celebrate the Royal Baby Shower. 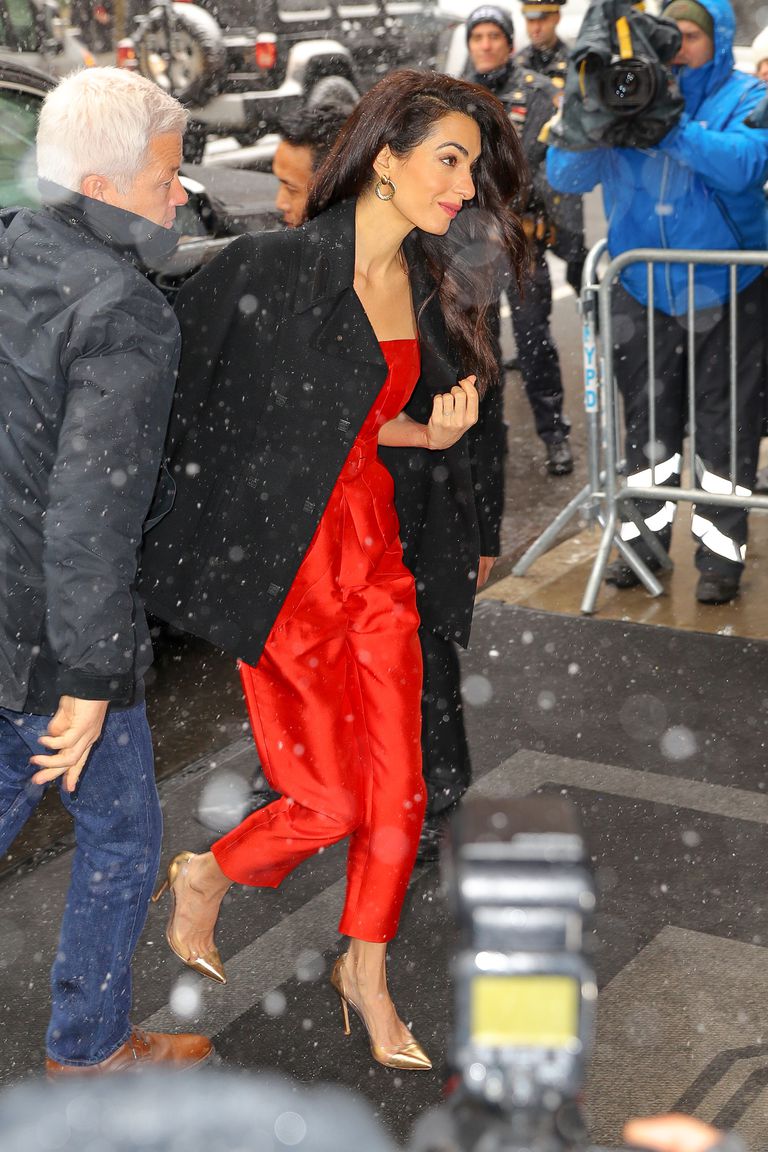 The event was held at the Mark Hotel in New York City. The hotel bills itself as the most “boldly lavish” hotel in the Big Apple, with fashion royalty like Gisele Bundchen often choosing to stay in their luxe suites. The penthouse where Meghan is reportedly staying features “a 2,500 square foot rooftop terrace overlooking Central Park, five bedrooms, four fireplaces, six bathrooms, two powder rooms, two wet bars, a dining room, a conservatory, and a living room that can be ‘transformed into a full-size Grand Ballroom’ if desired by guests.” 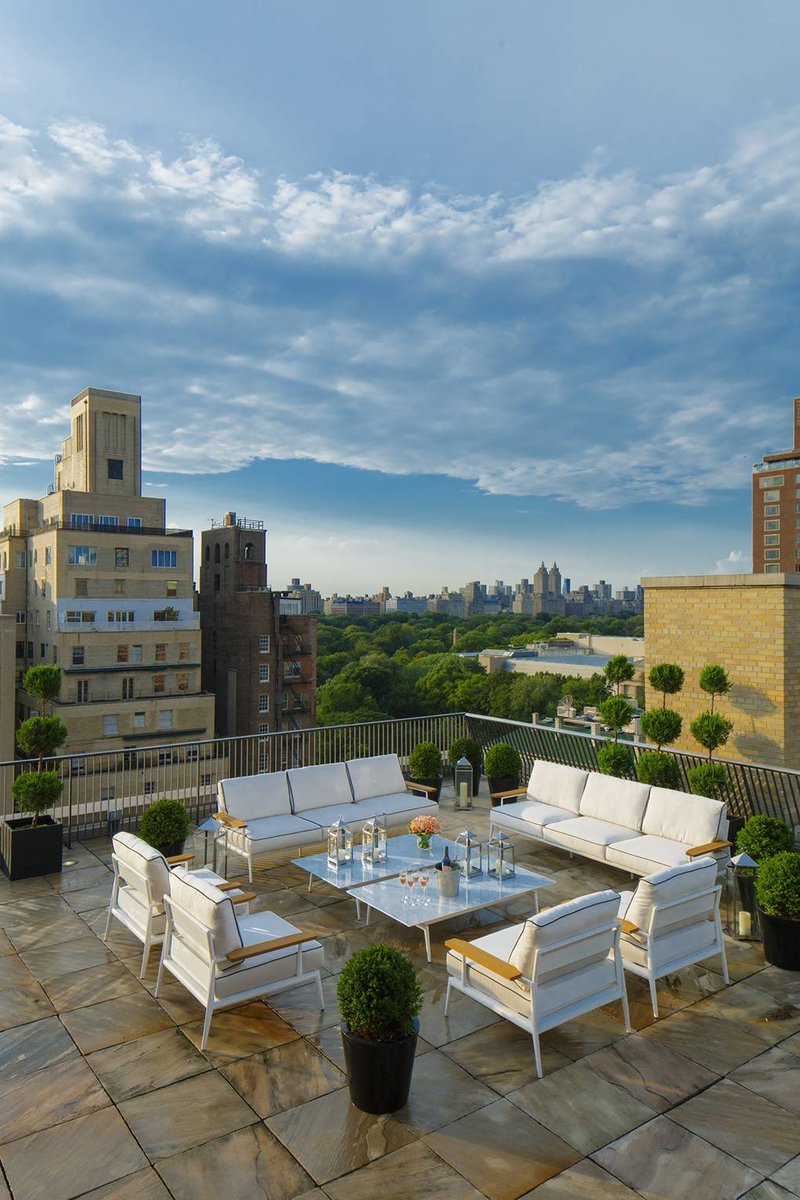 Image via the Mark Hotel

A roster of some of Meghan’s most stylish friends made up the guest list for the shower – everyone from her stylist/BFF Jessica Mulroney to Oprah’s BFF Gayle King showed up, present in hand, to celebrate the mama-to-be during this exciting time. Here’s a roster of the stylish ladies.

Amal Clooney arrived in a red jumpsuit and warm black Chanel coat slung over her shoulders. She also wore gold Gianvito Rossi Plexiglas pumps – the same pumps that Meghan owns in both black and cow print. We loved the bright red as a pop of colour on the exquisite Amal.

Jessica Mulroney attended the shower in a top by Canadian designer Aritzia in ‘Moroccan Spice‘, covered by a stylish ‘Mai’ black coat from Canadian designer Mackage. Meghan style fans will recognize the silhouette of the coat as Meghan has worn it before in Sand.  Jessica also wore coral suede pumps which were a fun splash of colour on the snowy day. 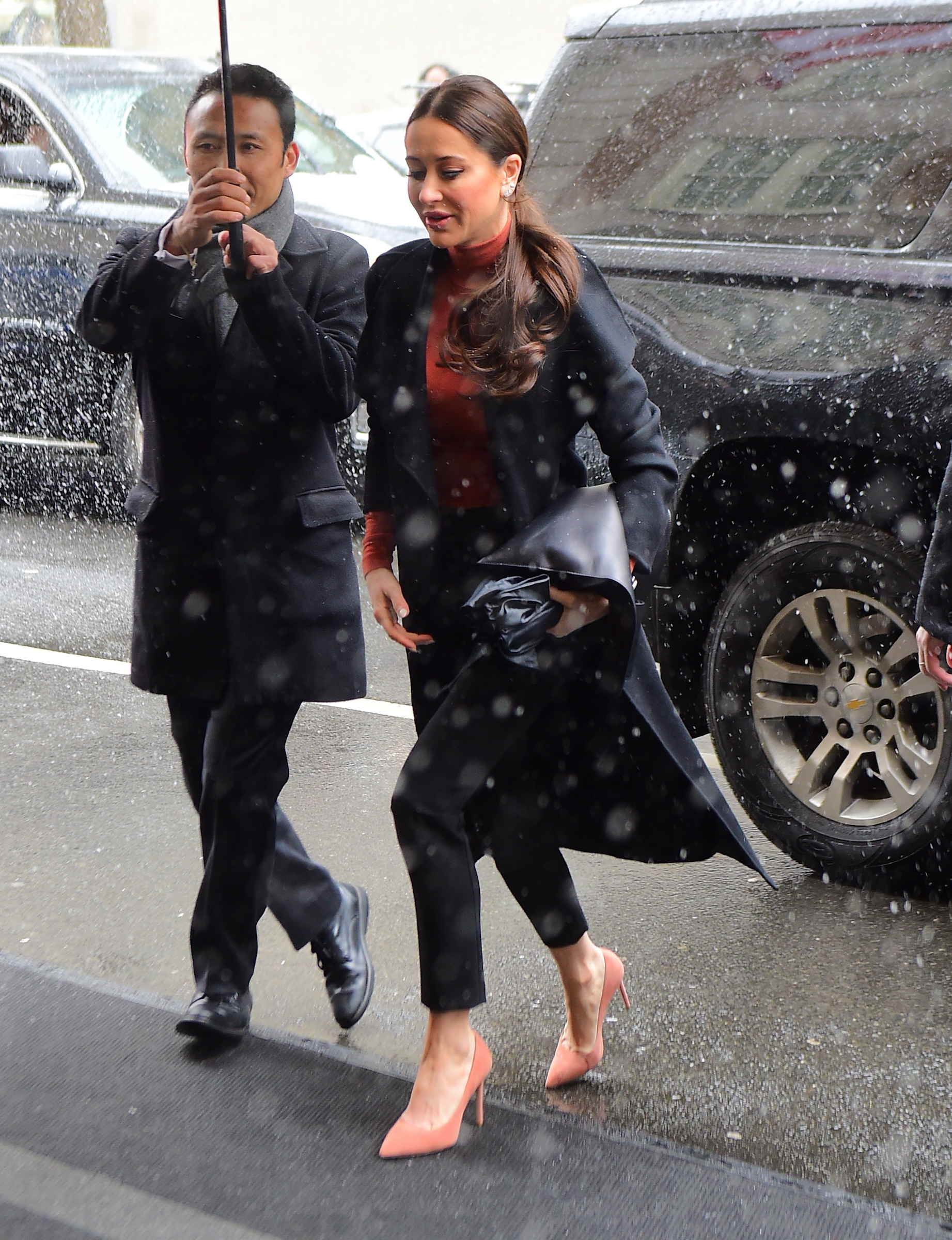 This as-of-now Mystery Guest looked like she took a pleated skirt memo from Meghan’s style playbook! We loved the blush colours in her skirt and the detailing on the straps of her shoes – the Bibi d’Orsay Heels from Ulla Johnson. Her striped coat is also from Ulla Johnson, the ‘Areli’ coat from a 2017 collection. 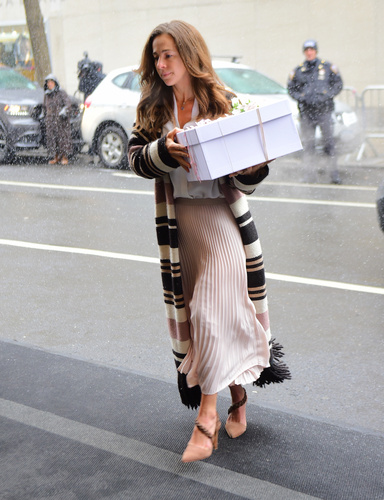 Gayle King arrived at the Royal Baby Shower in a bright coloured purple coat, looking regal in bright jewel tones. Her shoes are believed to be from Sergio Rossi while her clutch looks to be Gucci. 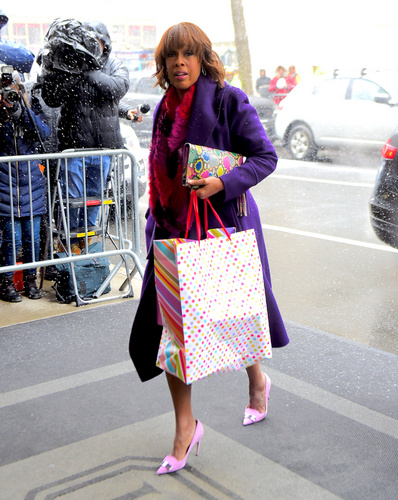 Meghan’s friend and fashion designer Misha Nonoo also attended the shower, showing off a glimmering engagement ring as she carried in shopping bags from Rani Arabella (most likely filled with their luxurious baby blankets!). Her long plaid coat covered a shirt black skirt and grey sweater, and like any good designer, she promoted her own brand by carrying one of her own handbags. Marcus Andersen followed behind her also toting a gift. 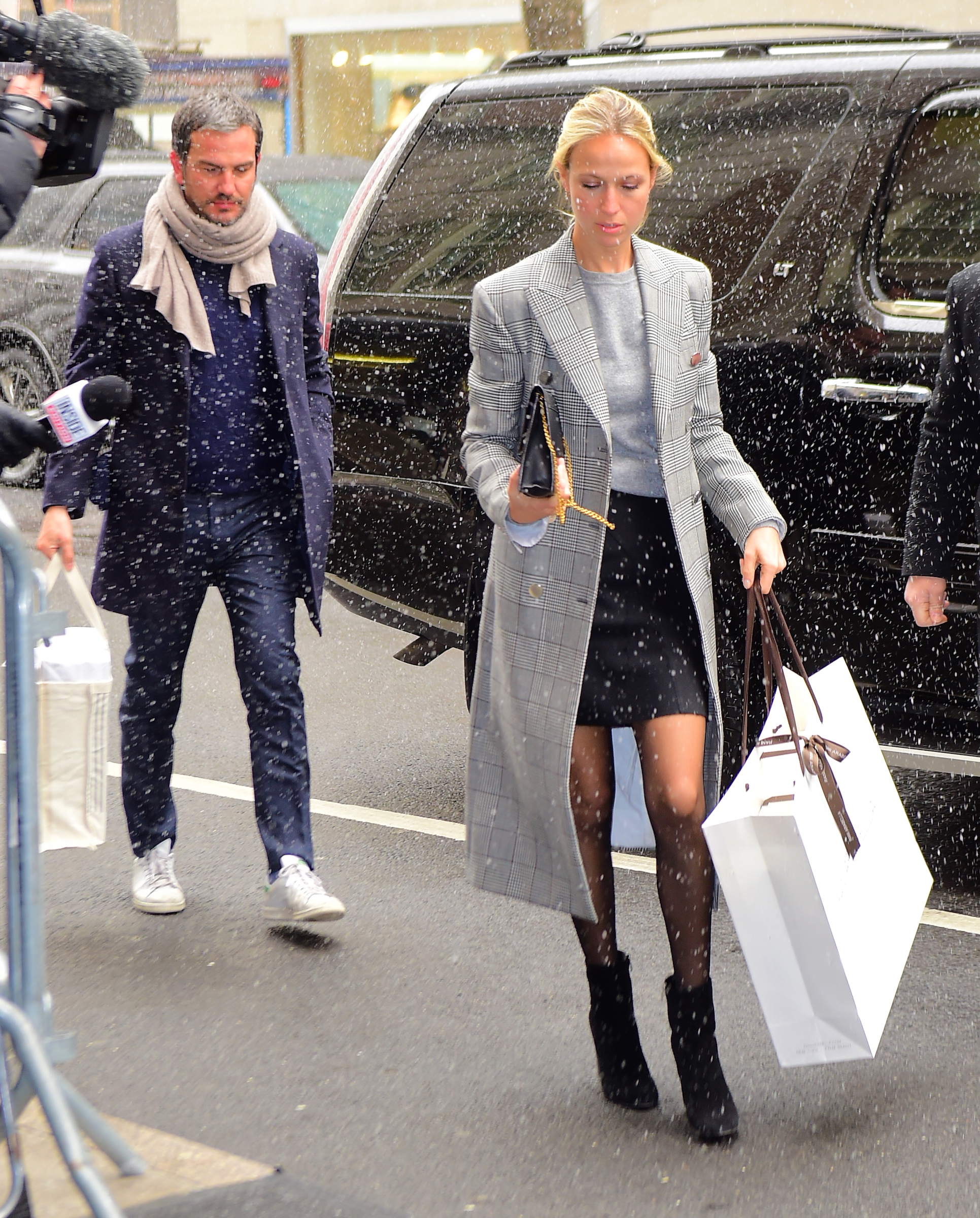 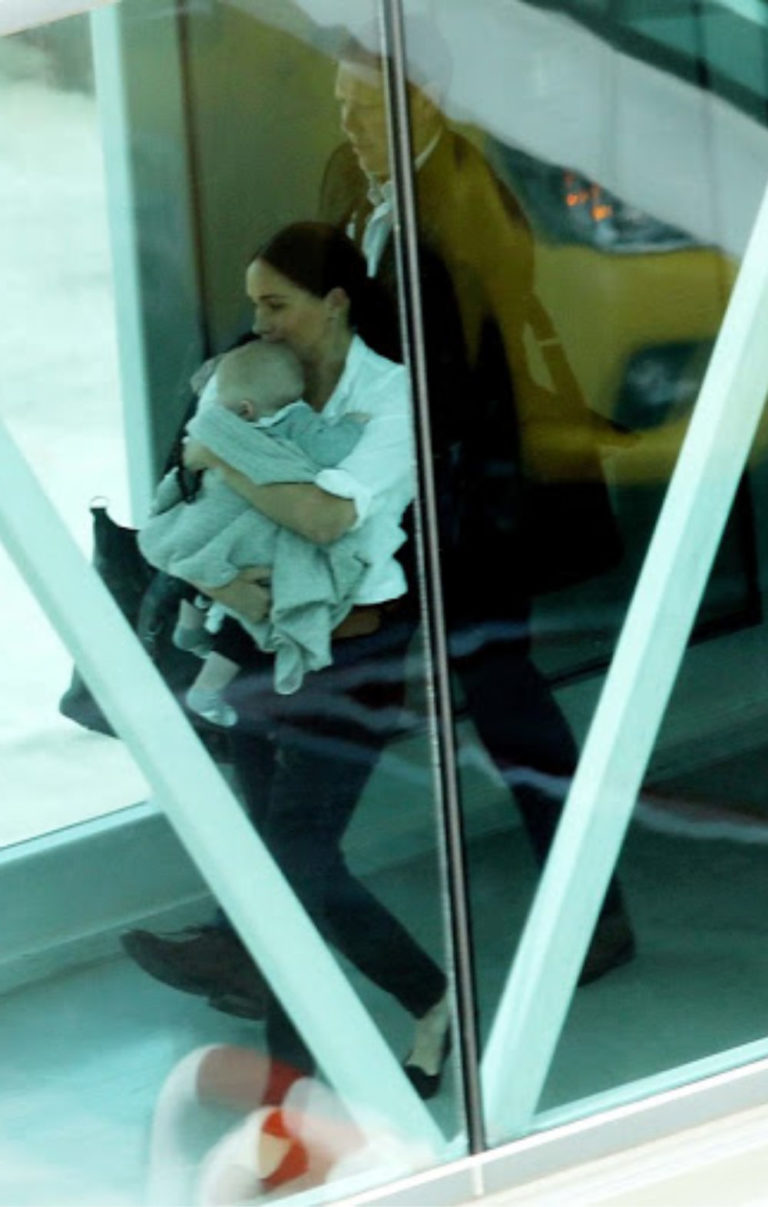 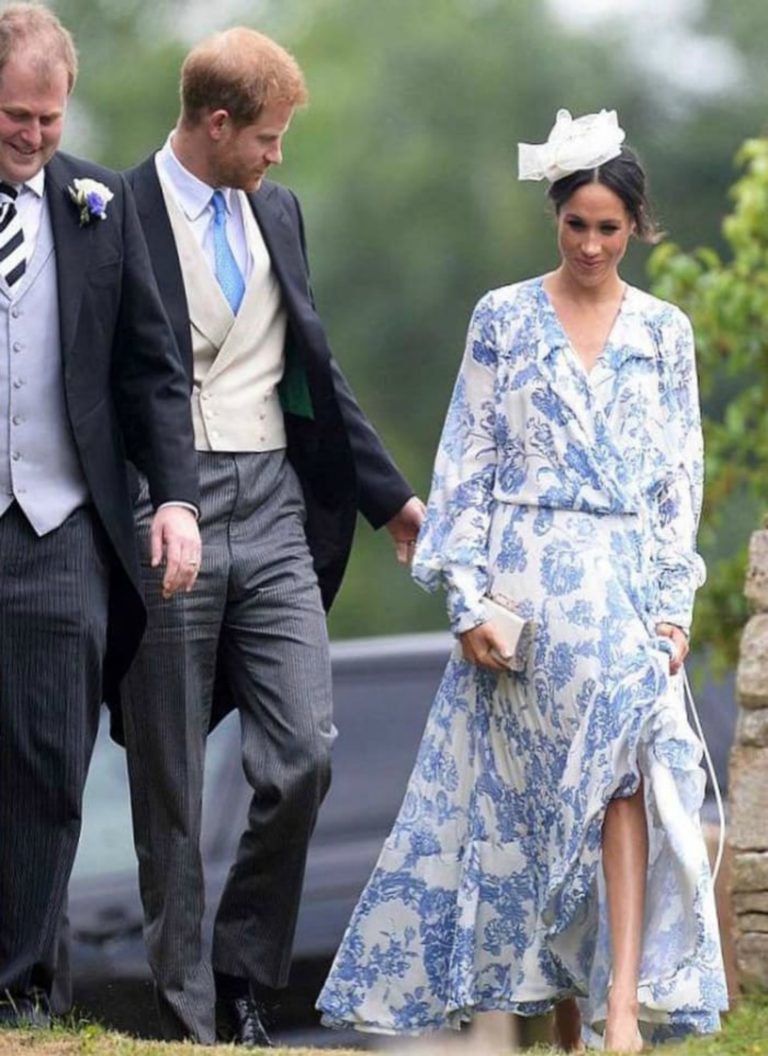 Happy Holidays! Meghan and Harry have released a h

Meghan was spotted out doing some Christmas shoppi

Meghan appeared in a skit for the @theellenshow in

Surprise! Meghan will be a guest on @theellenshow