If we’ve said it once – we’ve said it a hundred times… There is a significant, sizeable and measurable impact on brands of all sizes when the Duchess of Sussex steps out in a piece from their covetable collections. The “Meghan Effect” is not a new phenomenon and it’s most certainly in play whenever the Duchess steps out, with brands clamouring to have their name attached to the stylish former Meghan Markle. 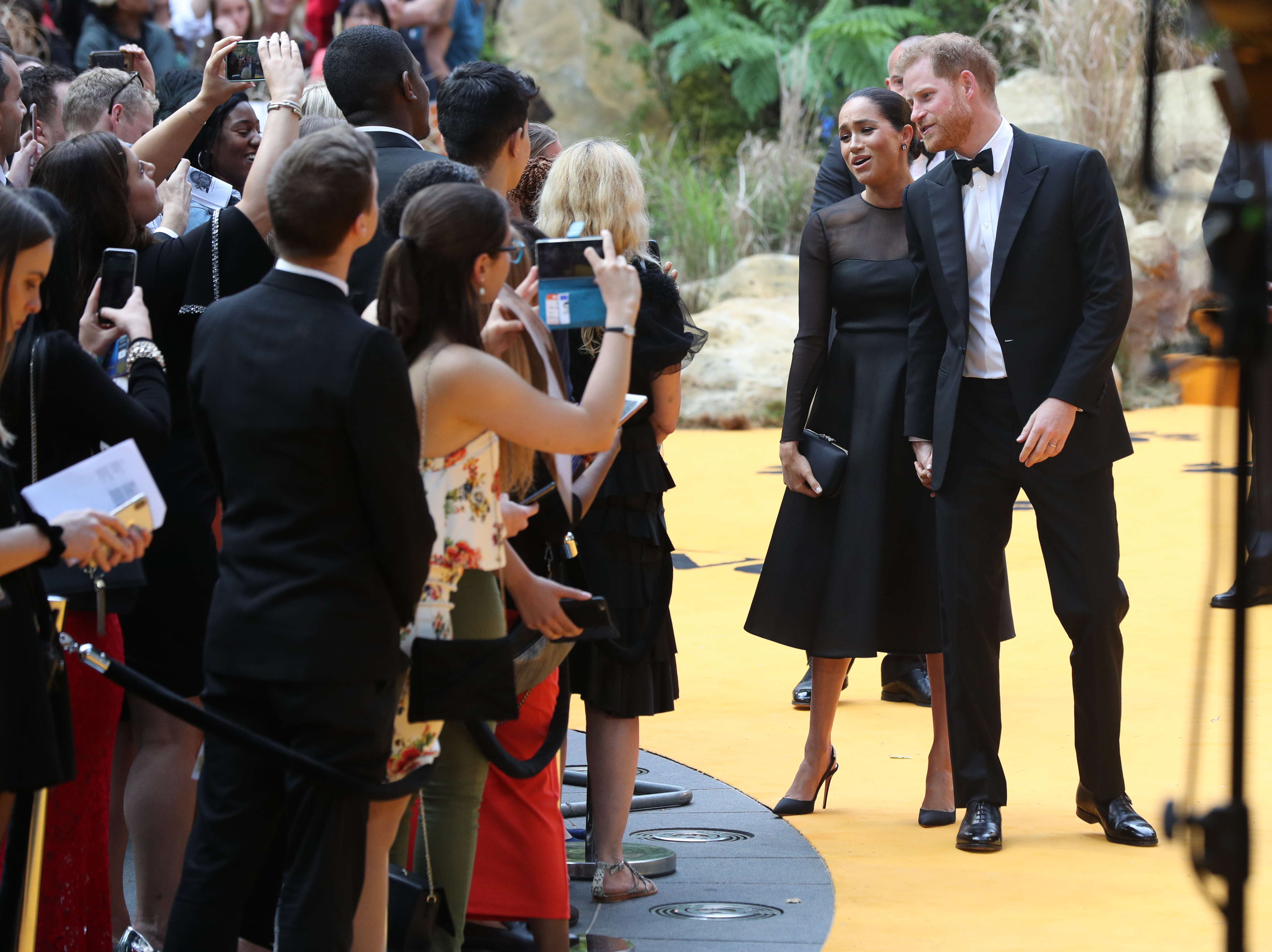 Frustratingly for lovers of Meghan’s fashion like ourselves, some pieces are not marked by hugely identifiable traits. It means that we often rely on photos, estimated measurements and working with brands to determine the origins of the item so that we can accurately report on it. Because of this fieldwork involved, when it’s a piece like the earrings that Meghan wore to the Trooping the Colour earlier this year and then again at the Premiere of the Lion King, we are often speculative on the origins of a piece until the item is confirmed by a designer. 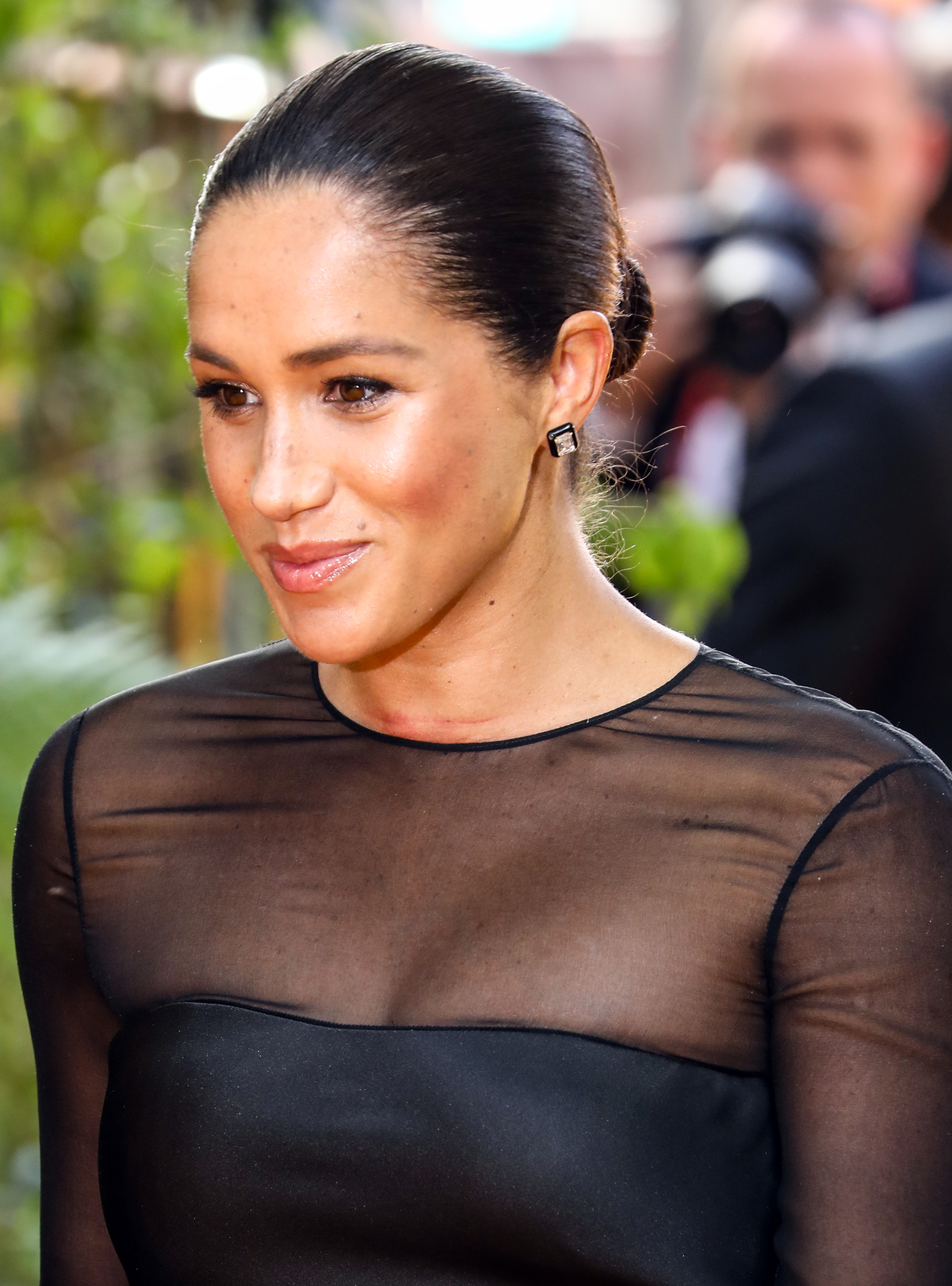 The “Trooping of the Lion” earrings (we have to have our fun somewhere) are one such case. Through clever detective work of a few eagle-eyed Twitter jewelry aficionados, a pair of Nikos Koulis earrings that were an exact match from the photos were found, with a removable onyx jacket that would also make them a match for the Trooping earrings. Nikos Koulis confirmed and also released an Instagram post confirming that Meghan was wearing their ‘Oui’ collection earrings. 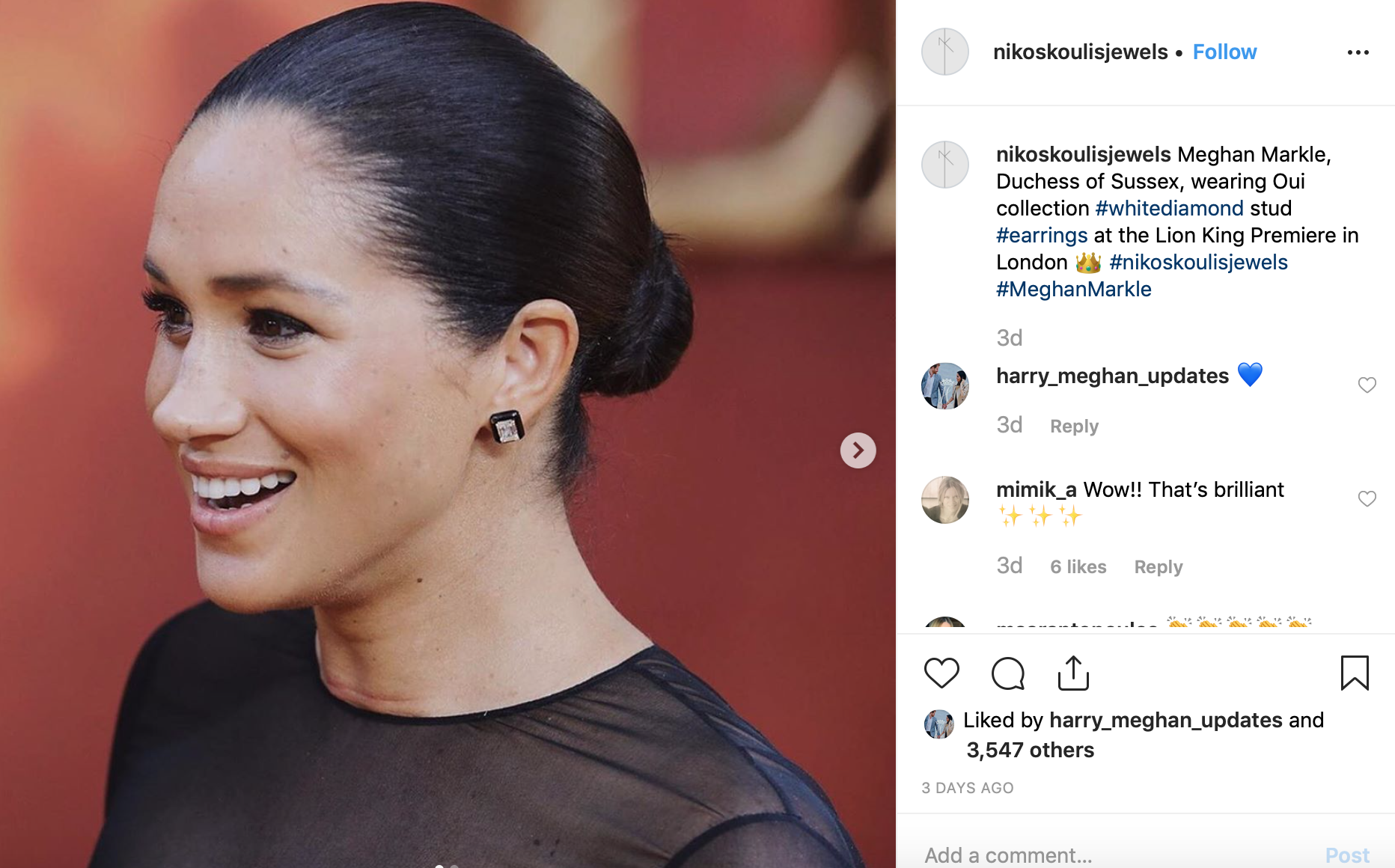 Nikos Koulis may sound like an unknown brand to many, but for royal jewelry enthusiasts, they’re a known commodity. The Greek brand with roots in Athens has been worn by H.R.H. Queen Rania of Jordan – as well as celebrity “royalty” including Michelle Obama, Oprah Winfrey, Jennifer Lopez, Rihanna, Jane Fonda, Scarlett Johansson, Nicole Kidman, Reese Witherspoon, Alicia Vikander, Salma Hayek, Jennifer Lawrence, Saoirse Ronan, Chrissy Teigen and Emilia Clarke. Long list to emphasize a short point – Meghan would be in great company in selecting the brand. 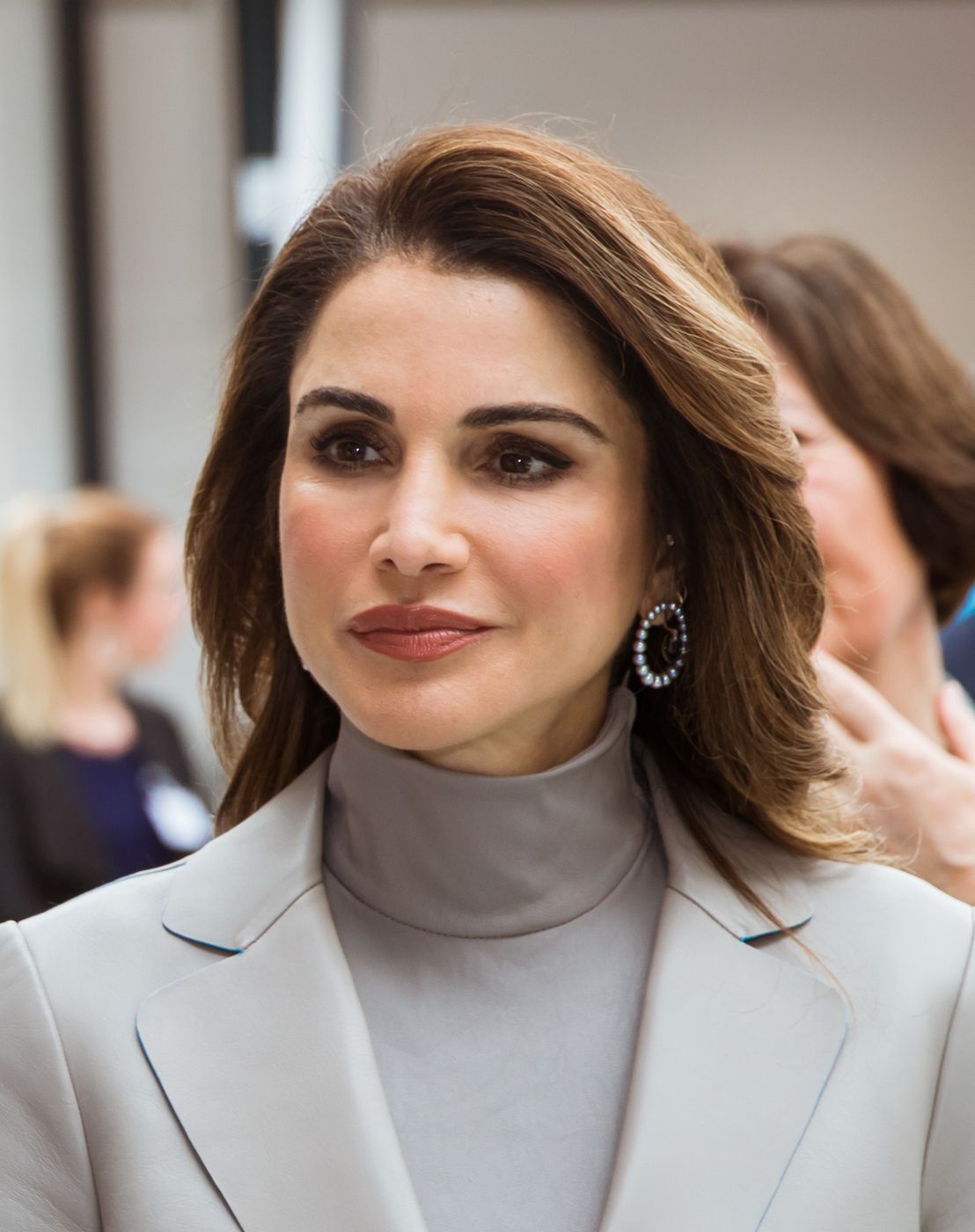 A couple of days later, news broke via Harper’s Bazaar that the earrings weren’t Nikos Koulis, but a design by LA-based celebrity jewelry designer Lorraine Schwartz, who was also allegedly tapped to create Meghan’s eternity band and update of her engagement ring. Harper’s Bazaar shared that “This isn’t the first time the Sussexes tapped Schwartz’s design skills. For his first wedding anniversary, Prince Harry collaborated with the jewelry designer to build an eternity ring for the Duchess of Sussex. The ring features an emerald, sapphire, and peridot stone—the birthstones of Harry, Meghan, and Archie. Harry also had Schwartz resize and reset Meghan’s engagement ring with a new diamond band. ” 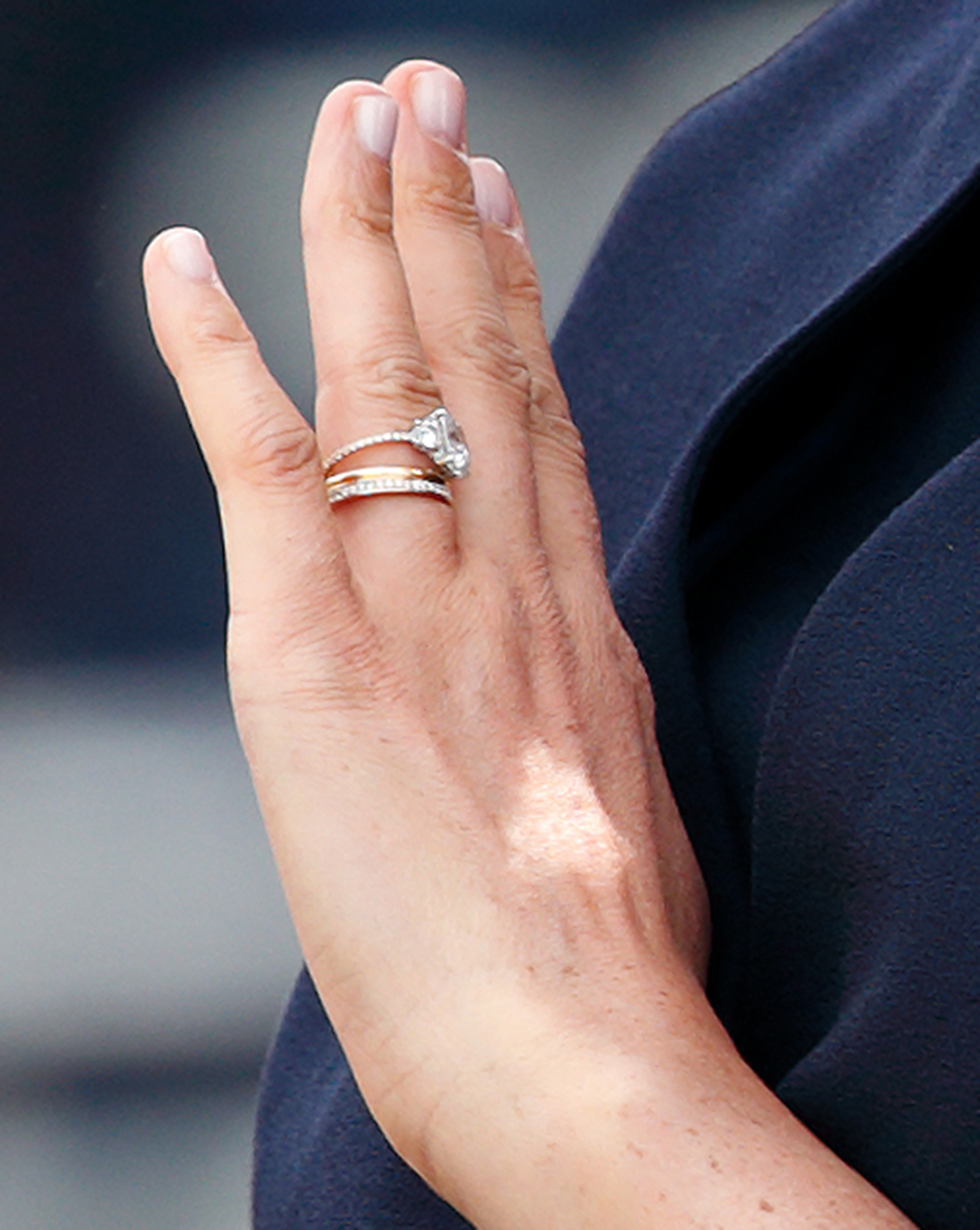 Now if we’re being honest, we thought it was a little strange that Lorraine Schwartz would have made a piece of jewelry almost identical to a piece that Nikos Koulis had in their collection. However, Harper’s Bazaar has historically been an immaculate fashion source, the settings/size of the diamonds in the piece didn’t leave *that many* configurations and it could be similar, and after another eagle-eyed Twitter user took a deep-dive, it looked like she had also made some customized earrings in a similar shape for Taylor Swift in the past. 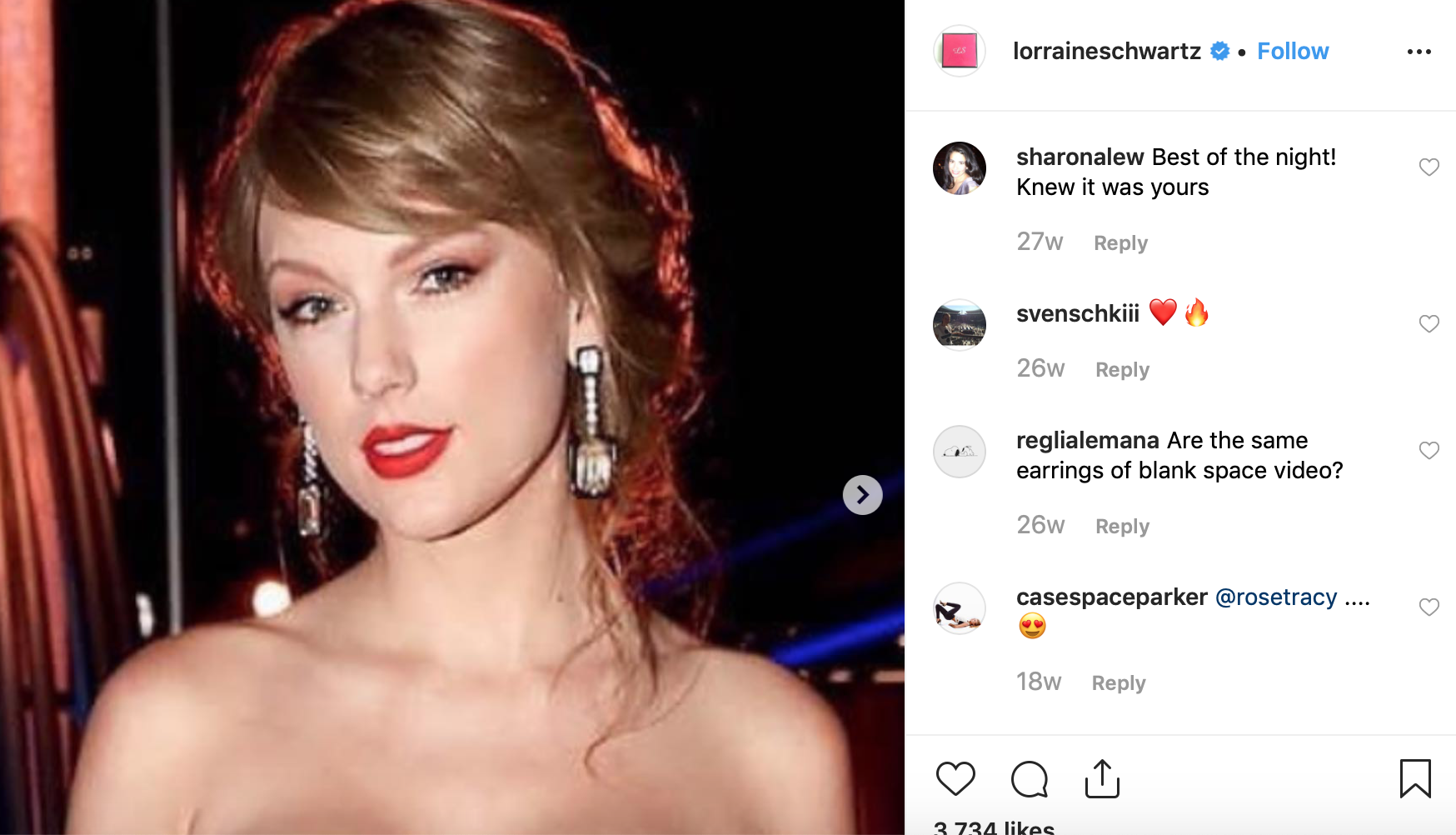 Trying to get to the bottom of the mystery, we got in more contact with Nikos Koulis. Their PR team advised that not only were they sure the piece was theirs, but:

We can’t see any proof that the earrings are not ours. […] it’s difficult for us to believe that a designer with Mrs. Schwartz’s reputation, aims at claiming a credit to such a blatant copy of a globally recognised style from Nikos Koulis.

This was our initial thoughts as well – *if* Lorraine Schwartz had created the earrings, they would be almost an identical version of a Nikos Koulis signature piece. The brand went on to say:

We are in the uncomfortable position to find that a fellow designer claims the ownership of one of our signature styles, in market since 2016, which has been sold multiple times in multiple carat variations. We are honored to sell to the most prominent Royal Families around the world, either directly or though stylists and personal shoppers, and we have never broken their trust.

So… Where does that leave us fashion enthusiasts looking for the answer? We’re wholeheartedly on team “Nikos”, and our archive records will say so, but the only people who would know for absolutely, without-a-doubt, cross-your-heart-hope-to-die certain would be either whomever ordered/commissioned the earrings themselves (a member of Meghan’s team, Meghan herself, Harry, a stylist, etc…) or the Palace if they should choose to comment on what Meghan is wearing at a future event and the earrings make the identifiable item list.

We’d love to hear your thoughts… 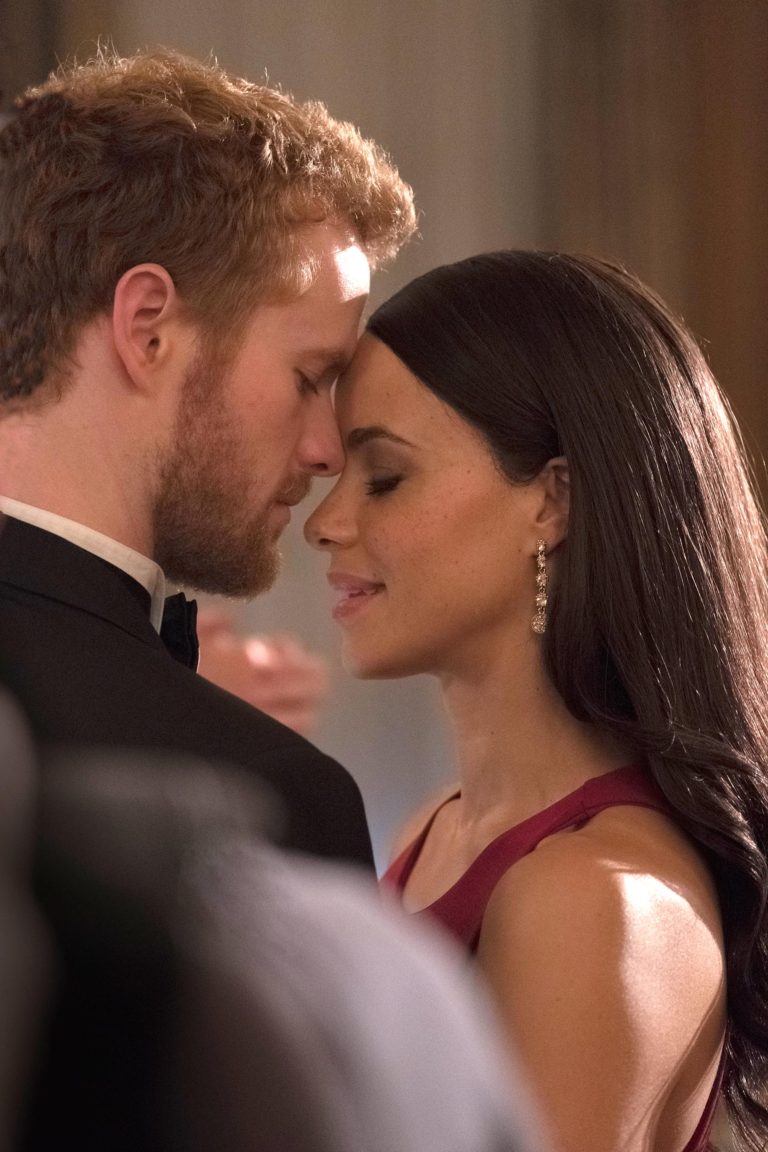 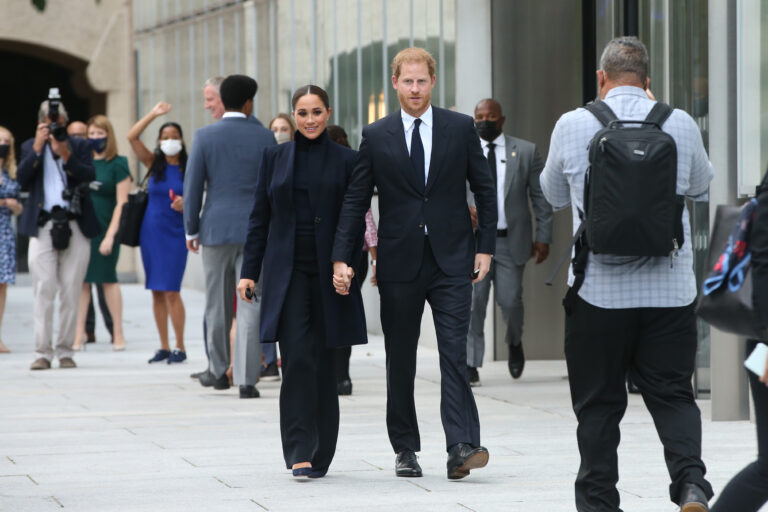