This is a special post showing some of the behind the scenes work at Meghan’s Mirror by our extremely talented contributor, Laura! She shares below how Meghan’s diamond tennis bracelet was an enigma she couldn’t let go – and how she solved the royal mystery of where the bracelet came from! 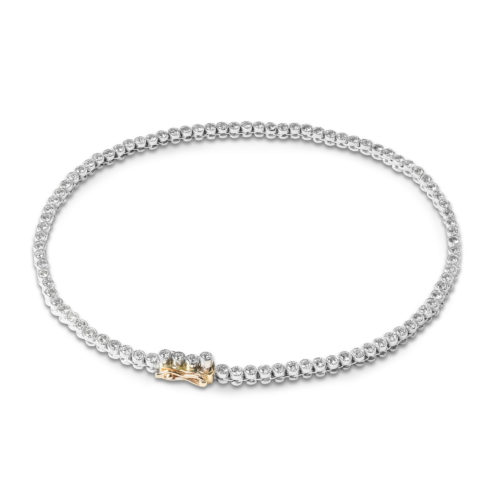 Any time I manage to be the first to ID something worn by a royal it becomes a memorable and exciting moment. My heart starts beating a little faster and I wait breathlessly for that first like, retweet, or comment. Last night I had a really heart-pounding royal find – I came across the diamond bracelet that was recently revealed by Meghan as being a wedding gift from her father-in-law, Prince Charles. 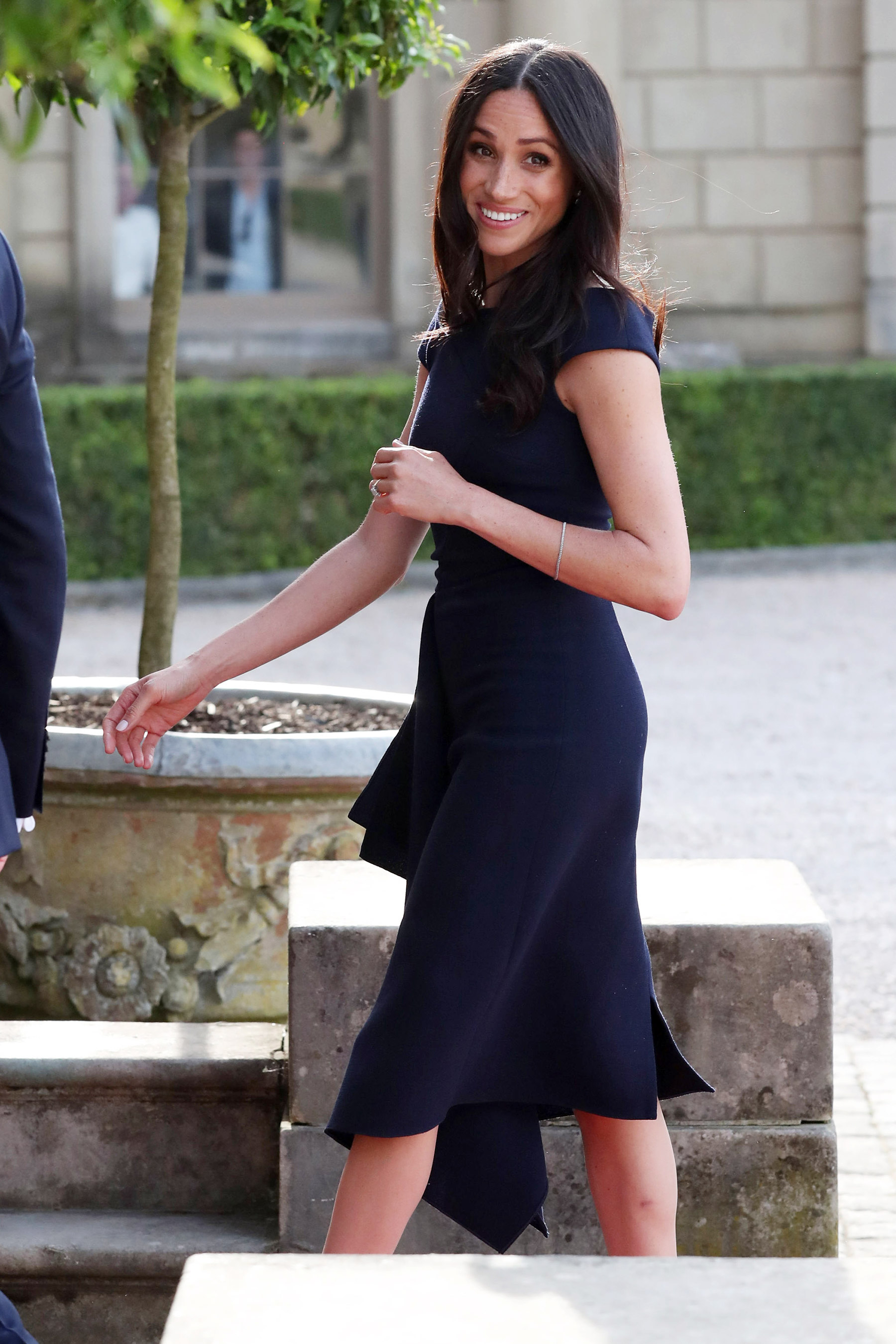 I came across a post on Royal Warrant Holders through a contest I had entered. One of the companies listed was Bentley & Skinner, as “jewelers and silversmiths to the Queen and Prince Charles” (Skinner and Co. has been supplying jewelry to the Royal family since the time of Queen Victoria and retained their Royal Warrant when they merged with Bentley and Co. in 1998. See more history here). I decided to check and see if I could clear up the origins of one of the many royal pieces of jewelry revealed simply as “gifts.” My first thought was Meghan’s diamond bracelet, a piece I had spent many hours searching for ever since it was first worn. I scrolled through the page with no luck until I noticed a tab for “sold” pieces. And there it was! I quickly referred back to my close-ups and, while we’ll never receive “official” confirmation, found it to be a perfect match! 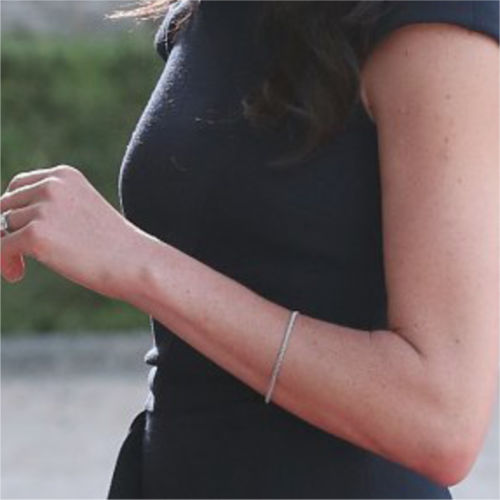 The Diamond Line bracelet is described as having “ninety-two round brilliant-cut diamonds, estimated to weight a total of 2 carats, millegrain set in white gold open-back mount with a yellow gold push clasp and two figure of eight safety catches, hallmarked 18ct gold London 2002, bearing the ‘LC’ sponsor mark.” There is no price listed but other diamond bracelets on the site are priced around L7000. 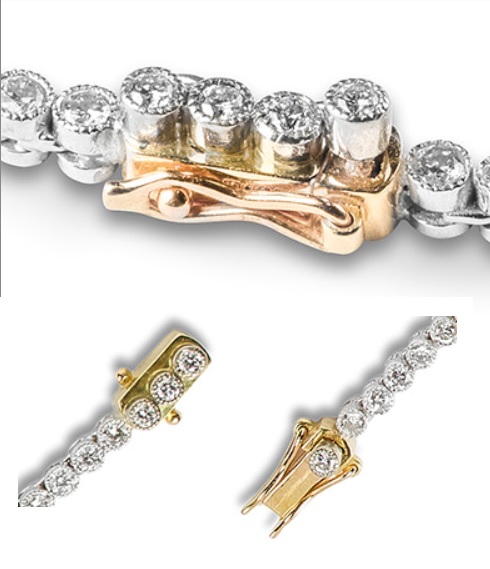 Meghan has worn this bracelet in public four times, the first being upon her arrival to the Cliveden House Hotel where she spent the night before her wedding. We got a better look at it a few days later when she attended the Garden Party at Buckingham Palace in honor of Prince Charles’ upcoming 70th birthday. At the time it was widely speculated that the bracelet was a gift from Prince Harry from Cartier. 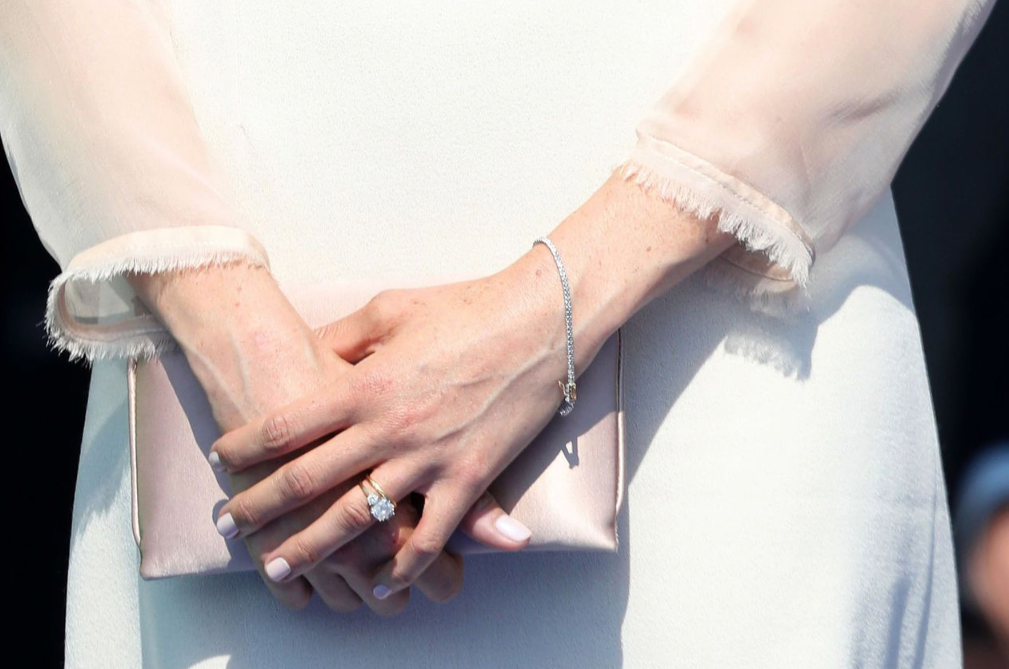 The bracelet made another appearance at Meghan’s biggest engagement up to that point – her first solo outing with Queen Elizabeth. Recently she wore it yet again, while on her first big Royal overseas tour. It was while in Fiji that she revealed that it was a gift from her father-in-law. 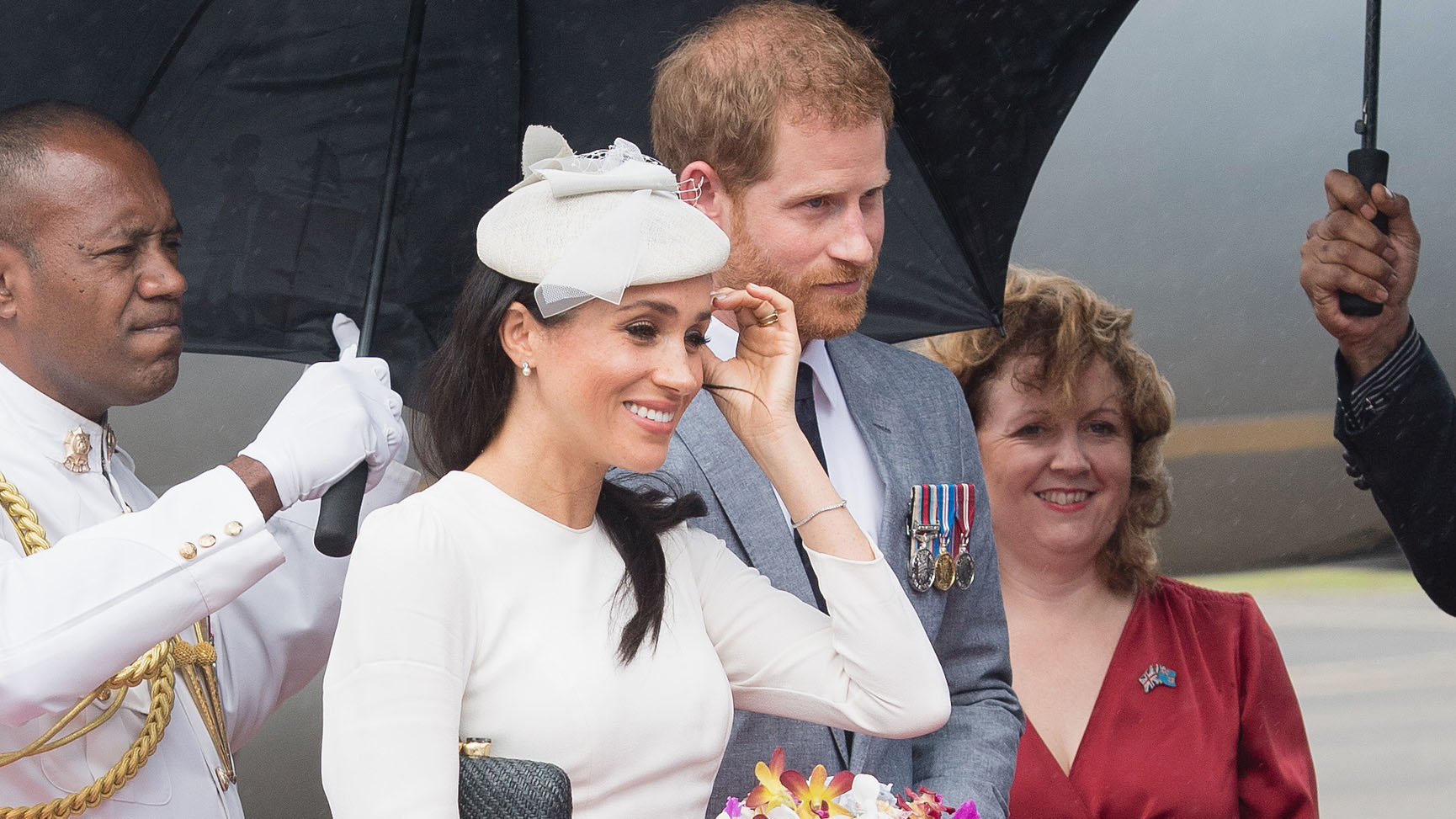 It is certainly not the last time we will see this bracelet. I’m sure Meghan will wear it many times in the years to come.
This article was written by Laura Ashworth, a contributor to Meghan’s Mirror. 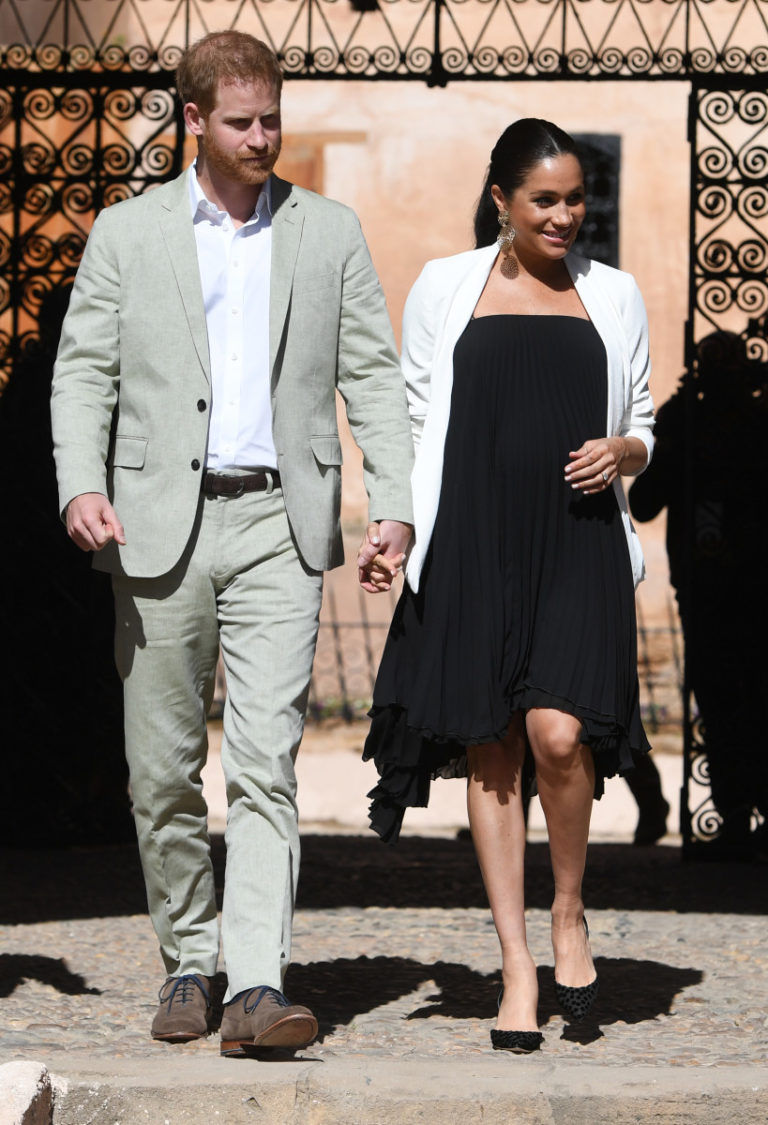 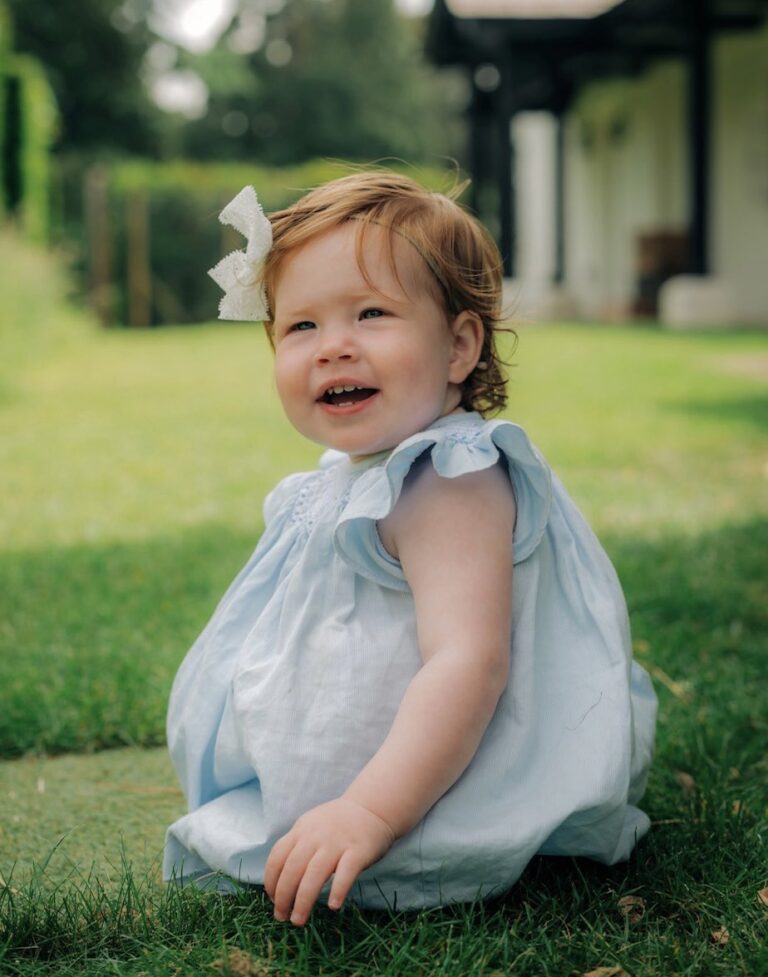